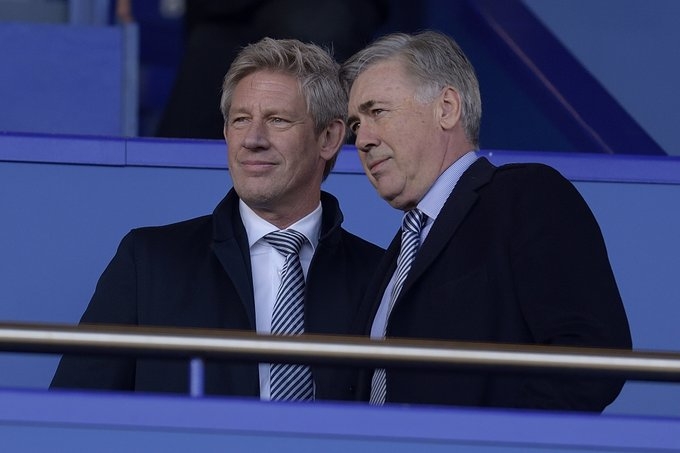 Liverpool: Premier League club Everton have announced Carlo Ancelotti as their new manager. The Italian's first game in charge of the club will be on December 26 against Burnley and he will be in the stands at Goodison Park with club owner Farhad Moshiri and chairman Bill Kenwright for Sunday's clash against Arsenal.

Everton said that the 60-year-old has been signed on a four-and-a-half year deal. His son Davide will be taking charge as assistant manager with him while current caretaker boss Duncan Ferguson will be on the touchline for the Arsenal game.

"This is a great club with a rich history and a very passionate fan base," Ancelloti was quoted as saying by the club's website. "There is a clear vision from the owner and the board to deliver success and trophies. That is something that appeals to me as a manager and I am thrilled at the prospect of being able to work with everybody at the Club to help make that vision a reality.

"I have seen from the performances in the last two weeks that the players are capable of so much. The work Duncan [Ferguson] has done is a great credit to him. Strong organisation, strong discipline and the right motivation are some of the key ingredients in football and I'm pleased that he will be part of my backroom team moving forward."

A former midfield mainstay for Italy, Ancelotti has won the UEFA Champions League two times as a player and three times as a manager. He is one of three managers to have won the Champions League as many times. He has most notably been in charge of AC Milan, whom he managed to two Champions League titles and a Serie A title and led Real Madrid to their 10th Champions League win. He has also managed Bayern Munich and most recently, the Italian club Napoli.

In the Premier League, he has been manager of Chelsea with whom he won the league title and the FA Cup in the 2009/10 season.