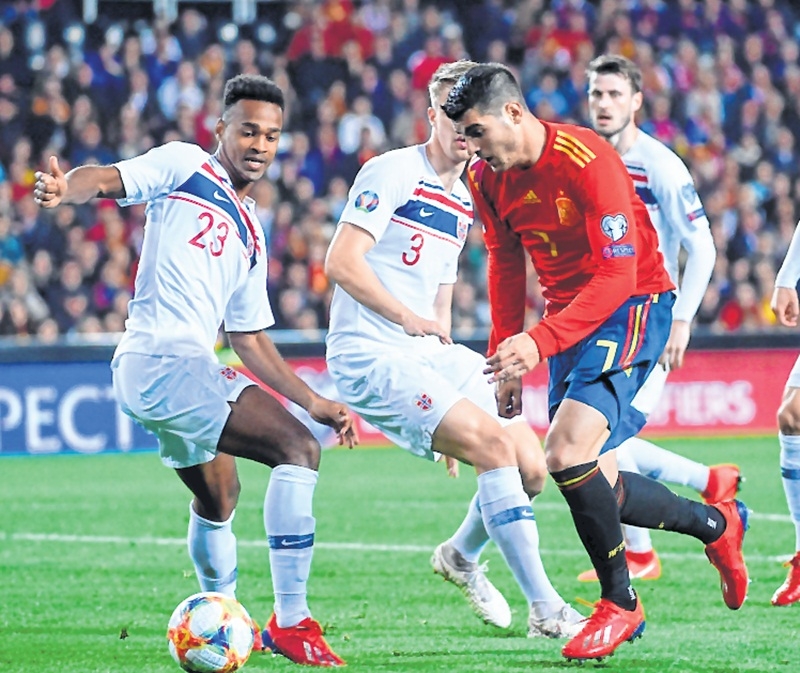 Madrid: Spain got their Euro 2020 qualifying campaign off to a good start thanks to a 2-1 win over Norway in Valencia’s Mestalla Stadium.

The Spanish were the better side, but poor finishing meant that Norway were in with the chance of taking a point until the final whistle on Saturday, reports Xinhua news agency. Spain coach Luis Enrique included Valencia duo Rodrigo Moreno and Dani Parejo in his starting 11 and was rewarded when Rodrigo opened the scoring in the 16th minute, sliding a pass from Jordi Alba past Norway keeper, Rune Jarstein.

Italy beat Finland
Rome: Italy began their Euro 2020 qualifying campaign with a 2-0 victory over Finland, thanks to goals by young Nicolo Barella and teenager Moise Kean. Barella, a 22-year-old midfielder for Cagliari, and Kean, 19-year-old Juventus forward, led the Italian lineup, selected by coach Roberto Mancini. After failing to qualify for the 2018 World Cup under coach Gian Piero Ventura and a subsequent underwhelming UEFA Nations League campaign, Italy needed to begin strongly on the road to Euro 2020.