Euro 2020: Italy vs Turkey preview, lineups, where to watch, the story so far

The Azzurri face the Turks in the opening battle at Rome

It seems fitting that Italy, the first European country to be overwhelmed by the pandemic, are hosting the opening game of the delayed edition of Euro 2020 with over 15,000 spectators.

The biggest crowd to gather in Italy for a year and a half will witness an Azzurri squad, aiming for a second European title, play a Turkey team aiming to spring a surprise at the Stadio Olimpico in Rome.

Italy are unbeaten in 27 fixtures and will have the added boost of home advantage. Turkey on the other end will look to avoid defeat in their first match of a Euro at the fifth time of asking. "We've been waiting a year for this and we can't wait to experience hearing 15,000 people singing the national anthem," veteran Italy defender Leonardo Bonucci said. "Football with fans inside the stadium is a different sport."

After embarrassingly failing to qualify for the 2018 World Cup, Italy won all 10 of their qualifying matches for Euro 2020 and enter the tournament on a 27-match unbeaten run.

"We want to go all the way," Bonucci added. "Other national teams have more experience but we can play with anyone. We don't have a (Romelu) Lukaku or a Cristiano Ronaldo. Our strength is the team."

Italy has won its past eight matches without conceding a goal and has 20 clean sheets in 32 matches since Roberto Mancini took over as coach. While record-setting goalkeeper Gianluigi Buffon retired from international soccer after the failed World Cup qualification, Italy remains solid at the position with 22-year-old Gianluigi Donnarumma now between the posts. Also, Bonucci and Italy captain Giorgio Chiellini form a strong and experienced pairing in central defense.

Turkey meanwhile have had their own success story. The Crescent-Stars took four points off France in qualifying, including a 2-0 win over the World Cup winners, and lost only one of their matches to finish second in Group H. 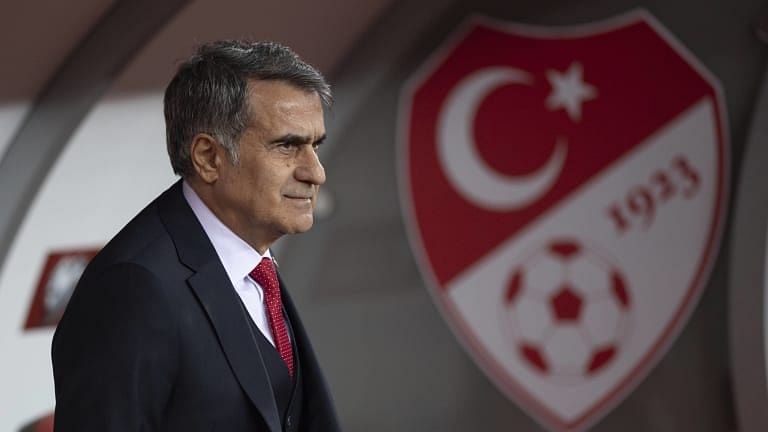 Turkey coach Senol Gunes said: "In every opening game there are surprises and I hope we can also spring one."

Italy have won their past eight matches without conceding a goal and have 20 clean sheets in 32 matches since Roberto Mancini took over as coach.

One of Turkey's main strengths is also their defence. The Turks allowed only three goals in qualifying and managed to keep the likes of forwards Memphis Depay and Erling Haaland out during recent World Cup qualifiers. The Italian government decided that the Stadio Olimpico can be filled to 25 per cent capacity for the four games it will host, amounting to a maximum of 15,948 spectators.

While more than 2,000 tickets for the opening game were sold in Turkey, many of those fans are not expected to travel to the match. Fans arriving at the stadium will have their body temperature measured by thermal scanners, and anyone with a fever or other coronavirus symptoms will be ushered to a quarantine area.

Turkey vs Italy - Head-to-head in all competitions

Turkey and Italy’s only previous encounter in a major tournament was at UEFA Euro 2000, also on 11th June. It was their opening game of the tournament, ending 2-1 to Italy courtesy of goals from Antonio Conte and a penalty from Filippo Inzaghi. Italy have never lost against Turkey despite facing them on 10 previous occasions, winning seven times and drawing three.

Manuel Locatelli is poised to start in midfield with Marco Verratti still stepping up his fitness. Mancini puts his faith in the solid defensive triangle of goalkeeper Gianluigi Donnarumma and his two centre-backs Bonucci and Giorgio Chiellini.

Turkey are likely to partner Juventus centre-back Merih Demiral alongside Leicester City's Caglar Soyuncu with Okay Yokuslu at the base of midfield.

Cengiz Under is expected to get the nod, playing back at the Olimpico following his loan spell at Leicester from Roma.

Zeki Celik: Celik impressed in his 27 appearances for Lille this season, scoring three goals and providing two assists as the club won Ligue 1. His performances have attracted interest from a host of Premier League clubs including Manchester United, Arsenal and Tottenham. 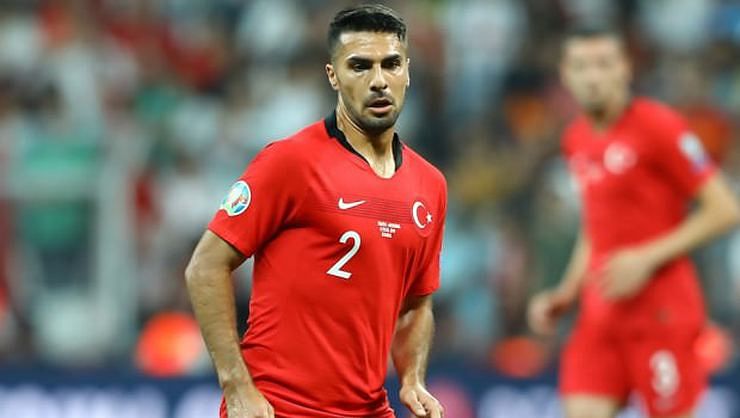 Even though he did not provide any assists during qualification, the 24-year-old is a modern-day full-back, making eight starts on the right-hand side of defence during the campaign and looks to still have that position sewn up as his own. Burak Yilmaz: Up front, he is Turkey's second-highest scorer of all time, with his 29 goals puting him behind only the retired Hakan Suker (51 goals). Ciro Immobile: The Italian forward has struggled to replicate his club form on the international stage. Having averaged 25 goals per season over his last five Serie A campaigns, the 31-year-old striker has underwhelmed for his country with just 12 goals in 45 caps.

But group games against Turkey, Switzerland and Wales offers him a good opportunity to improve upon this record.

Where to watch: The UEFA EURO 2020 match between Italy vs Turkey will be aired live on Sony Liv app and on Sony Sports Network Channels – Sony Six, Sony Ten 1, Sony Ten 3, Sony Ten 4, in India

HomeSportsEuro 2020: Italy vs Turkey preview, lineups, where to watch, the story so far