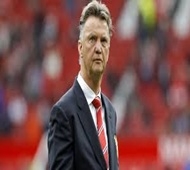 London: Manchester United head coach Louis van Gaal has asked his footballers to seek “revenge” when they will meet relegation-threatened Norwich City in an English Premier League (EPL) match here on Saturday. Manchester United, who are fifth in the EPL table with 60 points, lost their home game on December 19 1-2 to Norwich. And at the Carrow Road stadium away on Saturday, van Gaal wants his team to avenge the bitter loss suffered at Old Trafford.

“It is always difficult to fight against a team who fights to maintain their place in the Premier League — that is always very difficult,” the Dutchman told his club’s official website on Thursday. “That is no excuse; we have to cope with that,” he added. “Norwich won at Old Trafford so we have to take revenge. It shall be a very tough game, but in spite of that we have to win.”

Manchester are on a five-match unbeaten streak. They had delayed eventual champions Leicester City’s party on Sunday by holding them to the same scoreline, 1-1, that was played out at the King Power Stadium back in November. At that time, United were only one point behind the eventual title winners; the gap grew when van Gaal’s squad was beset by injuries in December. But however damaging the absence of his players may have been, the coach did not want to take anything away from Leicester’s incredible accomplishment when he spoke about it for the first time on Thursday.

“I have great respect for the champions Leicester City who deserved their league win,” said van Gaal. “You cannot say that if we didn’t have our injuries then we would have been first. No, this would be disrespectful to the champions who totally deserve it in my eyes.”