By scoring India's second goal in their final AFC Asian Cup Qualifying game against Afghanistan on Tuesday, Chhetri drew level with Puskas while becoming the fifth-highest international goal scorer of all time.

"Congratulations to India's @chetrisunil11 for equalling the great Ferenc Puskas with his tally of 84 international goals! #IndianFootball," Tottenham Hotspur wrote on their Twitter handle.

The 37-year-old Chhetri is the third-highest goal scorer in international football among active players, a list that is led by Portuguese star Cristiano Ronaldo.

Ronaldo has so far scored 117 goals for the national team.

In an illustrious career, Chhetri has represented the Indian team in 129 games so far.

Here the list of top international scores in world football 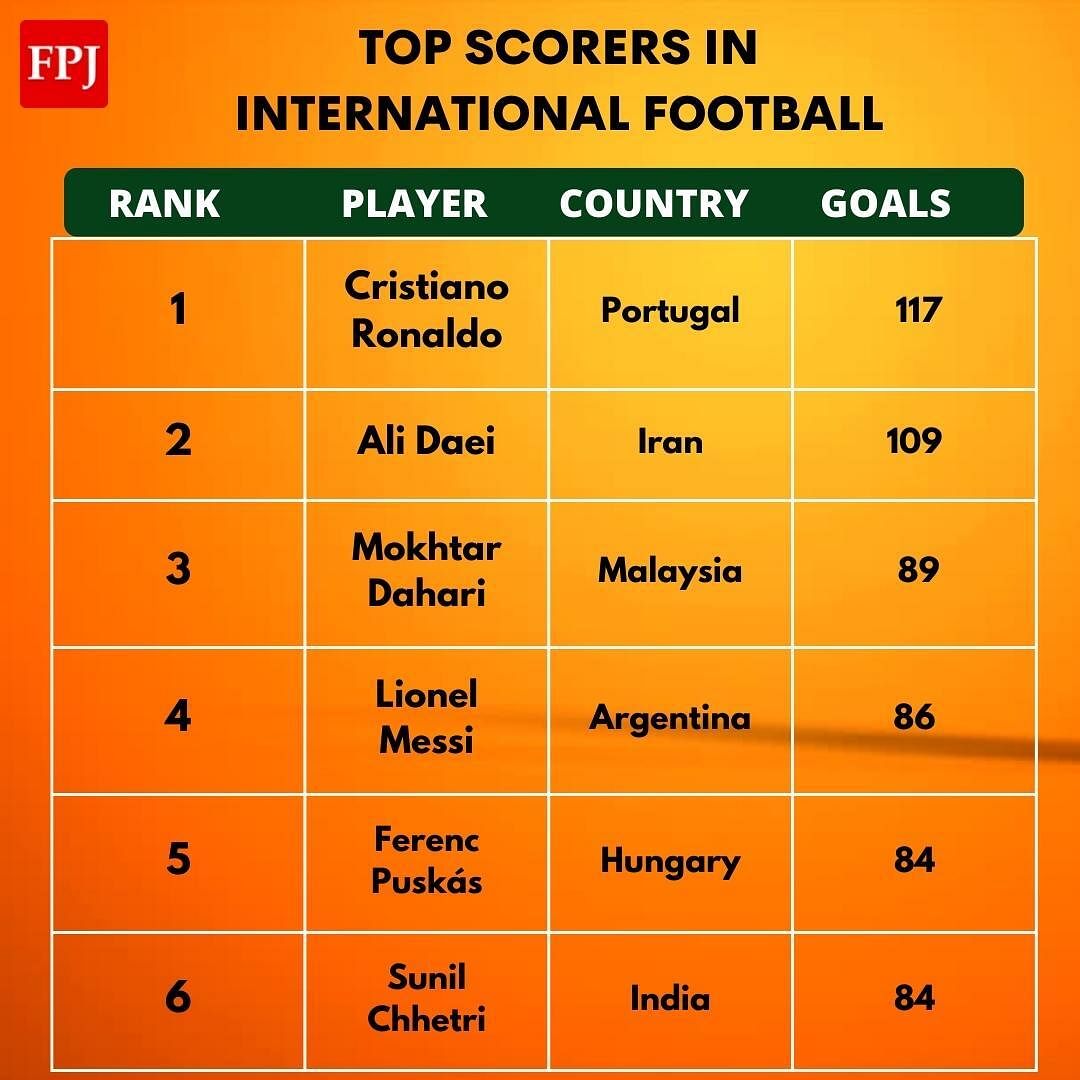