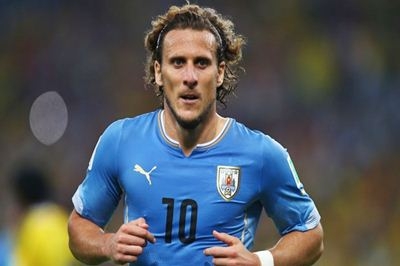 Montevideo : Uruguayan forward Diego Forlan has achieved his dream of being a champion with Penarol after the team lifted the Apertura Cup in the first stage of the 2015-16 league.

“I dreamed of winning the championship with Penarol, seeing how the stadium was today, seeing the people and how they supported us,” Forlan said on Monday, reports Xinhua.

“I had many opportunities to come to the stadium and see Penarol win the championship and I enjoyed seeing it as a fan. Today I lived the experience from on the pitch,” added the Uruguayan who was awarded best player in the World Cup South Africa 2010.

Forlan highlighted the importance of the title won on Monday in the Centenario Stadium in Montevideo “because I am a fan and because I won in Uruguay. The win also gives us the possibility of appearing in a final.”

The player said that in Uruguay “soccer is complicated and very even” and “I needed to adapt” because “even though I am Uruguayan, I have been all over the world in the past 18 years.”

“Many things weren’t easy, but the final result was what we hoped for – becoming champions,” concluded the 36-year-old players who scored four goals in the tournament.

Forlan completed his move to the Montevideo-based club in July from Cerezo Osaka of Japan.

Penarol will defend their title in the upcoming Clausura tournament which will begin in February.