Indian golfer Aditi Ashok fired a sensational five-under 64 to move to tied seventh after the second round of the Didriksons Skafto Open here.

The 23-year-old, who had finished fourth at the Tokyo Olympics earlier this month, had opened the tournament with a modest 72 in the first round but found her form just in time.

Among other Indians in fray, Vani Kapoor (71-69) was Tied-18th, while Amandeep Drall (80-68) showed an improvement of 12 holes between the first and second rounds.

Yet Amandeep, who is 10-over, missed the cut which fell at seven-over and 64 players made it to the final round. Also missing out was Astha Madan.

Pauline Roussin Bouchard of France leads the way heading into the final day after a scintillating second round score of 60 in Sweden.

Bouchard, who turned pro just a fortnight ago, hit seven birdies and an eagle on the seventh to shoot nine-under par.

She is leading by four-shots with a score of -10. The 21-year-old had finished runner-up to Annabel Dimmock at the 2019 Jabra Ladies Open after leading by a shot heading into the final day.

Magdalena Simmermacher fired 66 to finish the day on five-under and is fourth, one ahead of amateur Beatrice Wallin. Nicole Broch and Lim Grant are tied fifth.

Swedes Pernilla Lindberg and Linda Wessberg are tied for seventh with 18 holes left to play alongside Ashok on two-under.

The top three in the Race to Costa del Sol, Atthaya Thitikul, Sanna Nuutinen and Steph Kyriacou, all sit locked in a five-way tie for tenth on one-under.

Read Also
My father is very special for me: Ashok Kumar; Pays tribute to legend Dhyan Chand on his birthday... 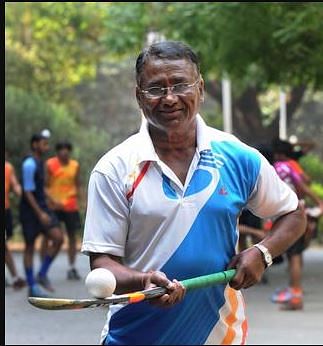