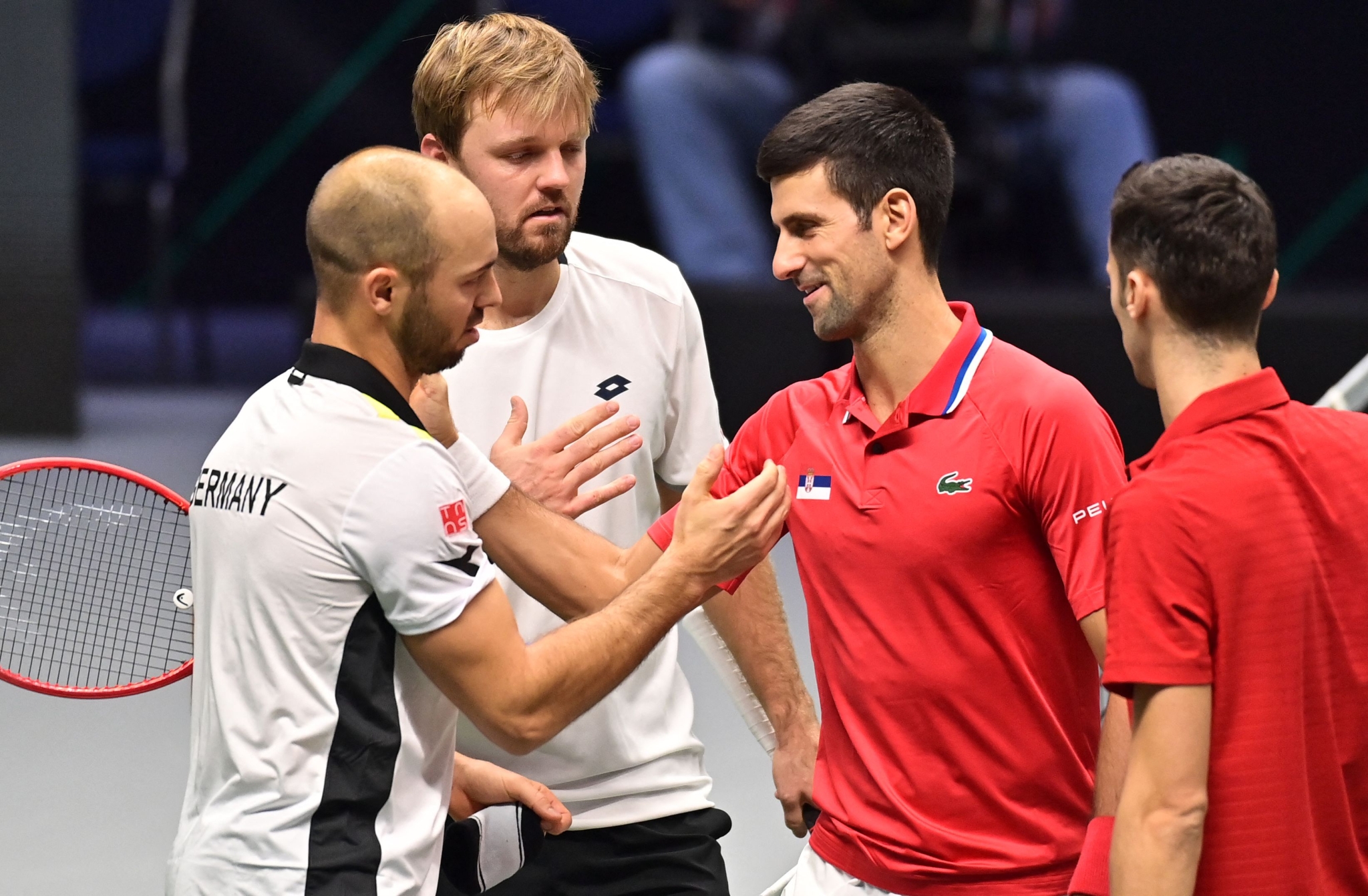 Not even Novak Djokovic playing back-to-back could help Serbia avoid losing to Germany in the Davis Cup finals group phase.

But German pair Tim Puetz and Kevin Krawietz showed more mettle in a tight 7-6, 3-6, 7-6 victory to take the decider and the tie victory 2-1.

“It’s a great performance to beat the team who have the world No. 1,” Germany captain Michael Kohlmann said. “Before the tie, we all thought that we had a good chance. We really believed it and it paid off.”

Serbia could still go through to the quarterfinals, which will include two runners-up to go with the six group winners. But Germany can seal its spot as the Group F winner with a victory over Austria, which Serbia has already beaten.

Playing without a public in Innsbruck due to virus restrictions by Austrian authorities, Germany took the lead when Dominik Koepfer downed Filip Krajinovic 7-6, 6-4.

Djokovic defeated Struff 6-2, 6-4 in the Serb’s 50th Davis Cup match. After a short break, he was back out there for the doubles that lasted more than two hours.

“We will have to wait until tomorrow and see (if we advance),” Serbia captain Viktor Troicki said.

Italy became the first team to book its spot in the final eight after it beat Colombia to take two points from Group E, which it also shares with the United States.

Second-ranked Daniil Medvedev helped Russia beat Ecuador, setting up a clash with Spain to decide which will go through as group winner.

Medvedev eased past Emilio Gómez 6-0, 6-2 after breaking his serve five times to give Russia an insurmountable 2-0 lead.