The Riyadh-based club posted a short clip on social media in which Cristiano Ronaldo had a message for the fans of Al Nassr.

Portuguese football legend Cristiano Ronaldo is on his way to Saudi Arabia to join his new club, Al Nassr.

The Riyadh-based club posted a short clip on social media in which Ronaldo had a message for the fans of Al Nassr.

"Hi guys, see you soon Al Nassr fans," Ronaldo said in the video while sitting in a private plane.

Read Also
Cristiano Ronaldo, Lionel Messi to face each other again; here’s how 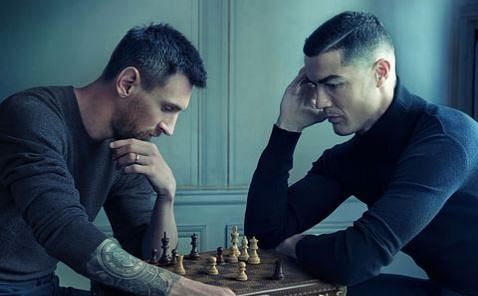 The stadium is the home ground for Al Nassr and has a capacity of 25,000. Ronaldo will be wearing the famed No. 7 jersey at the club and compete in the Saudi Pro League.

Club president Musalli Al-Muammar is expected to present Ronaldo to Al Nassr fans during the ceremony with head coach Rudi Garcia in attendance.

Ronaldo has signed a two-and-a-half year deal with Al Nassr and will reportedly receive $75 million per season, making him the highest paid footballer in history.

"I am thrilled to experience a new football league in a different country," Ronaldo said in Al-Nassr's statement announcing the deal as quoted by ESPN.

Ronaldo was being linked with Al Nassr just weeks after he left Manchester United in controversial fashion following his interview with British TV star Piers Morgan. 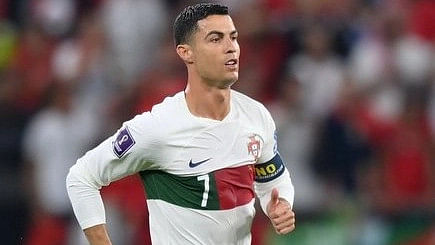 Ronaldo's tumultuous time at the FIFA World Cup last year in Qatar was preceded by his controversial final leg at Manchester United, where he fell out with the manager Erik ten Hag after being benched for a few games.

Ronaldo then confessed in an interview that he "felt betrayed" by the club.