Crisis deepens for Barca; Coach Koeman feels the heat as the club’s winless streak in Spanish League extends to three matches after a goalless draw against Cadiz 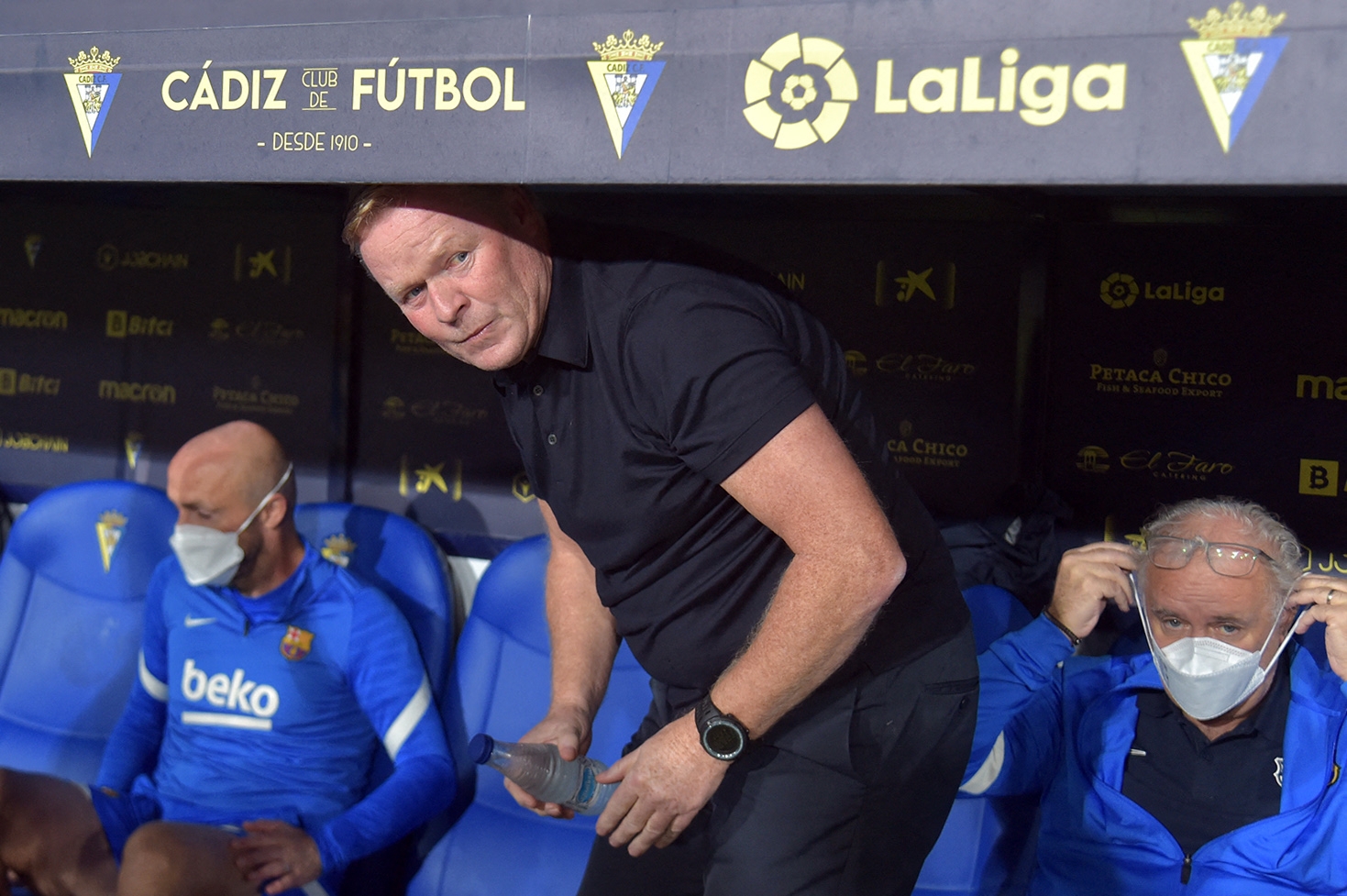 Madrid: Barcelona's ongoing crisis keeps getting worse, with the team unable to win on the field and the club's players, coach and president growing increasingly at odds.

Barcelona was held to a 0-0 draw by Cádiz in the Spanish league on Thursday, extending its winless streak to three matches and adding pressure on coach Ronald Koeman.

Koeman a day earlier surprisingly read from a prepared statement in the pre-match news conference and downplayed the team's chances of winning titles this season.

Players didn't hide the fact they were not on the same page.

“I'm convinced that despite our bad start we will be contending at the end of the season”.

President Joan Laporta, who said he was caught by surprise by Koeman's statement ahead of the match, has been at odds recently with the coach who was hired by former president Josep Bartomeu.

“We have to be more united than ever,” Barcelona's Sergi Roberto said.

“I can't complain about the attitude of the players,” Koeman said.

“We did everything possible. It was a complicated match”.

The draw left Barcelona in seventh place in the league standings, seven points behind leader Real Madrid with a game in hand. Madrid routed Mallorca 6-1 at the Santiago Bernabéu Stadium on Wednesday to stay two points ahead of defending champion Atlético Madrid, which won 2-1 at Getafe on Tuesday.

“We are Barça and we still have a very good squad,” Roberto said.

“We have a team that can win this league and we will try to win it.”

Cadiz nearly opened the scoring through Álvaro Negredo's shot from outside the area in the 46th, forcing Marc-Andre ter Stegen to make a difficult save by the top corner.

One of Barcelona's best chances was a low shot by Memphis Depay that was stopped by Cadiz goalkeeper Jeremías Ledesma a few minutes later. The Dutch striker missed an opportunity to score the winner deep into stoppage time when his shot from inside the area went wide in a one-on-one situation.

Real Sociedad climbed to third place with a 3-2 win at Granada, moving within three points of leader Madrid. Aritz Elustondo scored twice for the visitors, including the winner in the 82nd.

Granada, which opened the scoring less than 10 minutes into the match, is yet to win this season, with three losses.

Real Betis won 3-1 at Osasuna for its third victory in four matches in all competitions.

Manuel Pellegrini's team is eighth in the standings. It had started the season winless in its first three matches.