Yuvraj is immensely motivated to ‘perform’ in IPL, says Kirsten 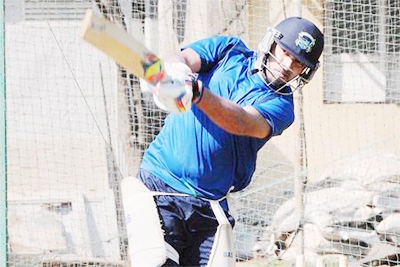 New Delhi : Delhi Daredevils’ head coach Gary Kirsten said on Friday he wanted Yuvraj Singh in the team because of his great rapport with him during his tenure as the Indian cricket team boss. He also said the flamboyant all-rounder was motivated more than ever to perform in the Indian Premier League (IPL).

“He is fit as he has ever been. For me, I really wanted him in this team as he is from this part of the world. I don’t think there is a guy more motivated than Yuvraj.”

On the appointment of South African Jean Paul Duminy as the team’s captain, the World Cup-winning former India coach said that the left-hander has leadership credentials.

“JP is a fantastic human being,” Kirsten said of his compatriot. “He has already started captaining South African T20 team. We wanted continuity as he has played for the franchise and knows a lot of Indian players. It was a natural choice. He has got good leadership credentials.”

Kirsten also admitted he was up to the task of managing an IPL side last year when Delhi finished at the bottom of the eight-team tournament.

“Yeah, could be. It’s a good observation. I think I was without a doubt (caught off-guard). I think I learnt a lot from last year that IPL is different to international cricket. It takes a bit of getting used to for any coach,” Kirsten said.

“Physically, it’s a demanding tournament. Last year, we didn’t have great back-up. But we do have some good combinations this year. It’s about getting our thinking process right.”