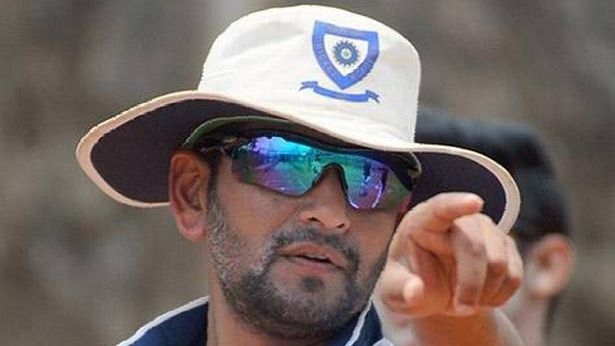 Mumbai, June 14: India's domestic legend Amol Muzumdar is no stranger to English conditions. Having undergone his initial training as a coach in England before going to Australia, Mumbai’s newly appointed coach says overhead conditions will remain one of the most important factors in the World Test Championship (WTC) final between India and New Zealand to be played at Hampshire Bowl, Southampton from June 18 to 22.

“New Zealand look a vibrant side especially under English conditions. It is going to be a good Test match for sure. I am not one of those who would sit in Mumbai and comment about how English conditions pan out. But know this - Nobody can predict overhead conditions in England. Overhead conditions are one of the most important factors in England. The movement of the ball is usually dictated by the weather in Lord’s and Manchester. Southampton is no different. The team selection too I believe will most certainly be dictated by the overhead conditions,” The 46-year-old said while talking to Free Press Journal.

Meanwhile, the pitch for WTC final between India and New Zealand will have pace, bounce and carry thanks to good weather due to 'a lot of sun' in Southampton, said Simon Lee, the head groundsman of Hampshire Bowl.

"For me personally, I just want to get something out that has some pace, bounce and carry in the pitch. It can be a hard thing to do in England as the weather does not help us most of the time, but the forecast in the build-up is good with a lot of sun, so we are hopeful that we will get some pace and a hard pitch without over-rolling it and killing it," Lee was quoted as saying by espncricinfo.com. The curator, however, added that he does not want the pitch to be too one-sided towards seam movement and wants it to be even.

"Pace just makes red-ball cricket exciting, I am a cricket fan and I want to produce a pitch where the cricket lovers have to watch every ball," he said.

"A maiden over can be quite exciting if it is a battle of skill between both bowler and batter. So, yeah, if we can get some pace and bounce in the pitch, but not too one-sided towards seam movement, we'll be happy," he added.

Lee said the Southampton pitch could also help spinners since it will dry out quickly due to presence of sun but for that to happen, they will need the seamers to create some rough.

"As I said, the forecast is looking okay, the pitches dry out very quickly here as we do have some sand mixed into our cricket loam, which helped it hold together when the pitches were re-laid some 10 years ago, but it can help it spin as well. To get to that point we will need the seamers to bowl, some runs scored, and make some rough along the way," said Lee further.

"The pitch will always get talked about a lot, but you need the players to play their part to make a good game, so if we produce a pitch that allows the players to show their skills at the top level and we have an entertaining game for the fans, we will be more than satisfied," added Lee.