Holding banners with political messages, the spectators were apparently demanding a referendum on creating an independent homeland of Khalistan in Punjab.
FPJ Bureau 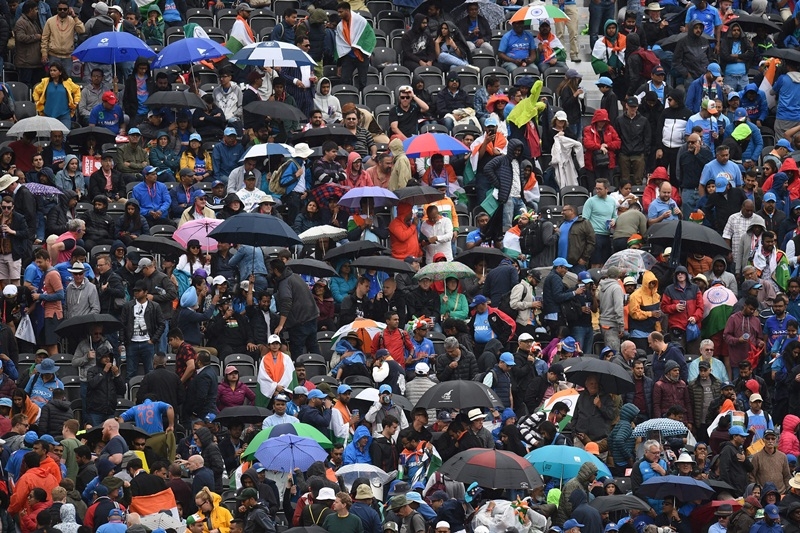 Holding banners with political messages, the spectators were apparently demanding a referendum on creating an independent homeland of Khalistan in Punjab. The current World Cup has seen a number of incidents with political overtones at various grounds. The ICC has distanced itself on all occasions. "We can confirm a small group of fans were asked to leave Old Trafford during the first innings today for breaching the ticketing terms and conditions by undertaking a political protest," an ICC spokesperson told PTI.

"We do not condone any sort of political messages at the ICC Men's Cricket World Cup and initially asked the group to stop the protest so they could remain in venue, when they refused they were asked to leave," the spokesperson added. Anti-India banners were unfurled from planes over the Headingley ground during India's last stage match against Sri Lanka on Saturday.

It followed an earlier incident when a banner reading "Justice for Balochistan' was flown over the same ground in Leeds during the game between Pakistan and Afghanistan. For the first semifinal, the England and Wales Cricket Board (ECB) ensured that air space above Old Trafford was made a 'No Fly Zone' in the wake of the unsavoury incidents at Headingley. "We work with venue security and local police forces around the country to prevent this type of protest occurring and will continue to do so," he further said. There has been an earlier incident of Pro Khalistani slogans being raised during a Pakistan game.