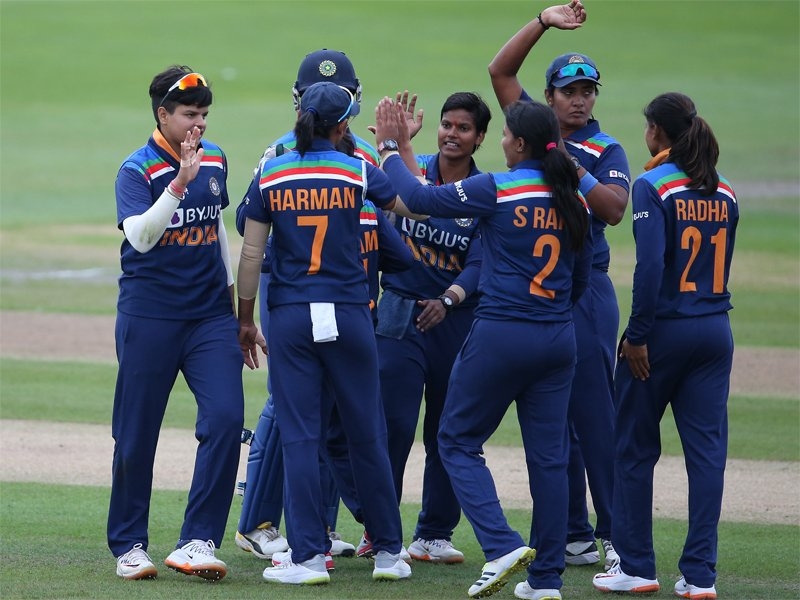 Top-order batter Jemimah Rodrigues, fast bowler Shikha Pandey and veteran Punam Raut on Thursday were left out of India's squads for the Women's World Cup 2022 and the ODI series in New Zealand in the lead-up to the showpiece event.

Mithali Raj will lead the same 15-member squad in the five ODIs against New Zealand from February 11 and 24, before opening their World Cup campaign against Pakistan on March 6 at the Bay Oval, Tauranga.

The 21-year-old Rodrigues went through a lean patch in all the five ODIs she played since coming back from the pandemic-enforced break in women's cricket. She managed scores of 1, 9, 0, 8 and 4 in home fixtures against South Africa and a couple of away games in England.

Rodrigues made it to the squad for the subsequent tour of Australia in September but warmed the bench during the three ODIs while Shafali Verma made the opening spot her own and the 21-year-old Yastika Bhatia impressed in her two outings at one-drop (35 off 51, and 64 off 69 in India's only win on tour).

Yastika, for whom this was a maiden call-up, found herself in the Indian top-order in the ODIs after having made an impression in the only tour game, where she scored 41 off 42 from No 4. As a left-hander, Yastika also offers additional flexibility to India's top-order that has captain Mithali at two-down.

Meanwhile, Pandey has featured in just three 50-over fixtures since her return in 2021, accounting for just two scalps. While India have overlooked the 32-year-old pacer, they have included younger quicks in Meghana Singh and Renuka Singh Thakur - both of who made their India debuts in Australia last year. Thakur has featured in one T20I and remains uncapped in the 50-over format.

Raut, who was part of the ODI squads for the England and Australia tours last year and a member of the team that finished runners-up in the previous edition of the World Cup, has also been left out.

Richa Ghosh will continue to keep the gloves for India, with Taniya Bhatia as back-up. Ghosh earned her stripes in Australia as well and her ability to score quickly fits in well with a team that is trying to improve in that regard.

Ekta Bisht, who was dropped from the central contracts list last March, is among the stand-by players that also includes Sabbhineni Meghana and Simran Dil Bahadur.