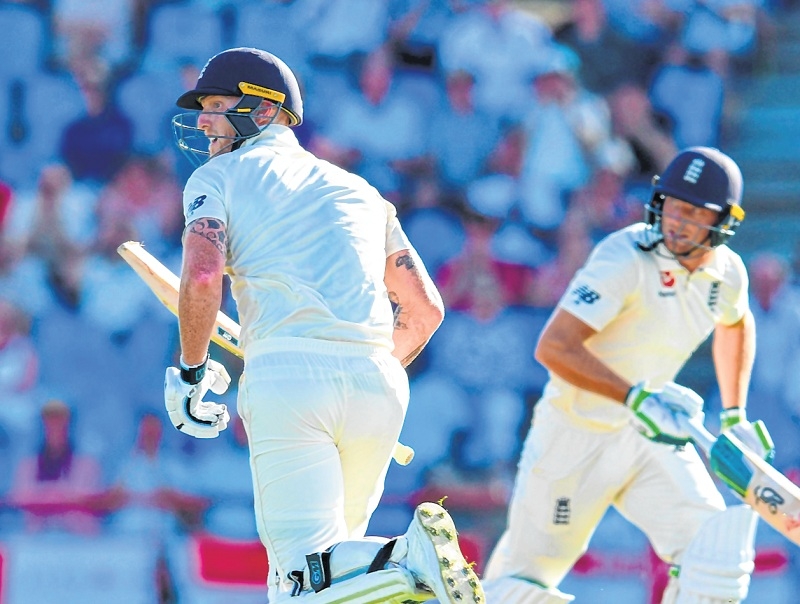 Saint Lucia: England’s batsmen collapsed to West Indian pace yet again as they lost six wickets for 45 runs to be dismissed for 277 in their first innings just before lunch on the second day of the third and final Test at the Darren Sammy Stadium in St Lucia on Sunday. Having already reclaimed the Wisden Trophy with comprehensive victories in the first two Tests, and seeking a first clean sweep of their opponents for 33 years, the home side will resume their reply at two without loss after the interval.

Wicketless on the first day when an unbroken fifth-wicket partnership of 124 between Jos Buttler and Ben Stokes lifted the tourists to 231 for four, Kemar Roach stole the spotlight in scything through the middle and lower order to finish with figures of four for 48. He now has 17 wickets in series. It was Shannon Gabriel though who made the first strike of the morning by bowling Buttler on his overnight score of 67 with just one run added to the total.

That was the trigger for the slide and a reinvigorated Roach quickly got involved by dismissing Stokes for the innings top score of 79 when the attacking left-hander miscued an attempted pull and wicketkeeper Shane Dowrich sprinted 30 metres to backward square-leg in clinging on to a superb diving catch.

Pushed down the order after struggling at the pivotal number three position in Barbados and Antigua, Jonny Bairstow laboured for 33 deliveries in managing just two runs before Roach breached the right-hander’s defence. It was the 30th time he has been bowled in Test cricket, a worrying statistic for a player seen worthy of occupying the number three spot. It was then the turn for Alzarri Joseph to star with the ball and in the field.

First he induced Moeen Ali to follow a delivery angled across him to offer a simple catch to Darren Bravo at first slip for his second wicket of the innings. Then he raced round the boundary’s edge at fine-leg to pouch a well-judged catch when Mark Wood top-edged a hook off Roach.

Last man James Anderson proved easy prey for the rampant Roach, fending his second delivery into the waiting hands of Keemo Paul at third slip to put a seal on another dominant session for the West Indies in a series where they started as massive underdogs.