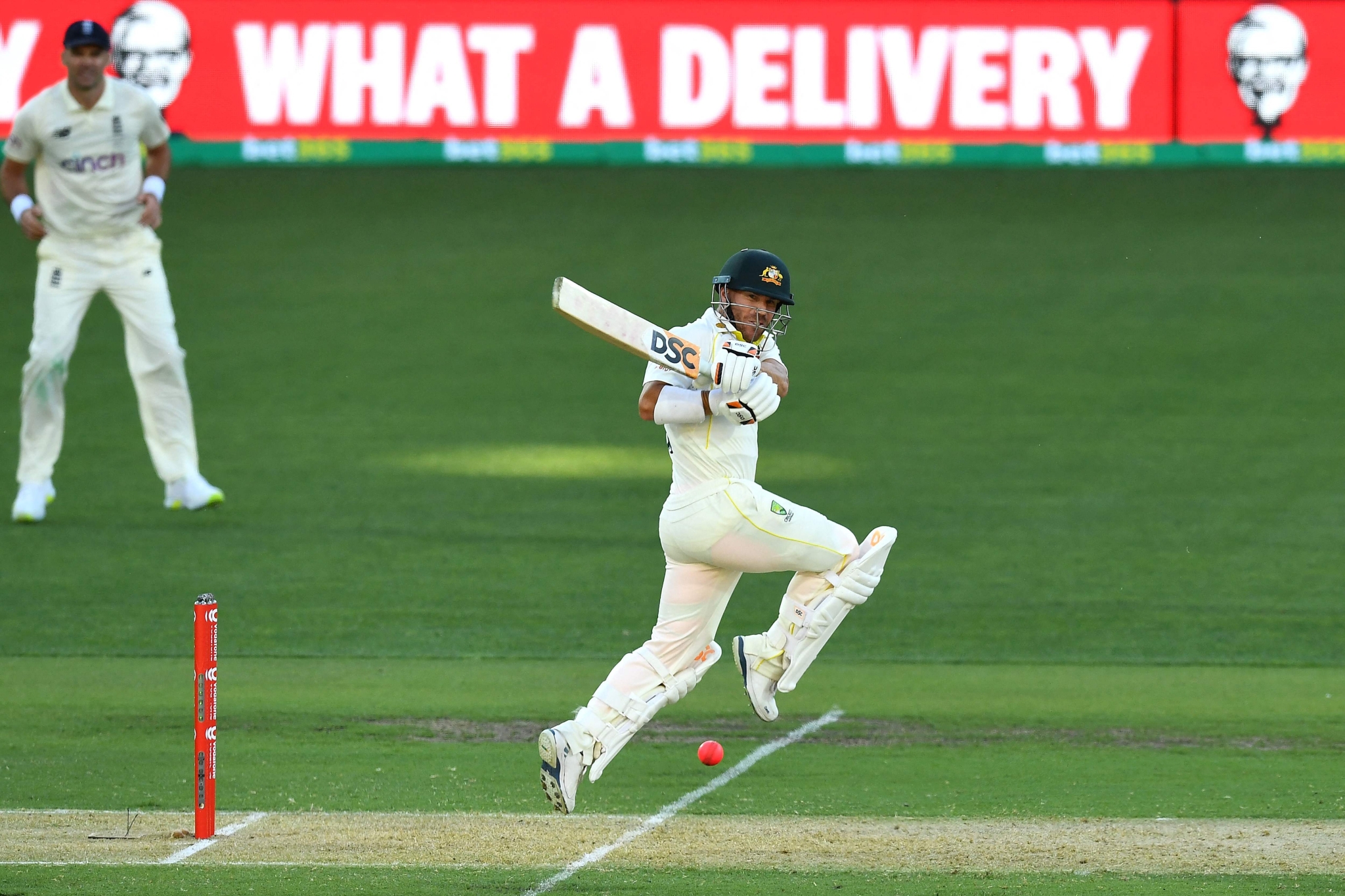 David Warner pulls one through the on side in the pink-ball Test against England in Adelaide. | Photo: AFP

Beating India in their home soil and an Ashes series victory in England are the two important milestones Australia opener David Warner is eyeing before he retires from Test cricket.

The attacking batter turned 35 in October during the Men's T20 World Cup 2021, where he won the player of the tournament award in Australia's maiden title triumph. He will be nearing 37 by the time the next away series against England rolls around.

But after Australia clinched the home Ashes series 3-0 inside 12 days at the MCG on Tuesday, the left-handed batsman suggested there are few important goals he would like to achieve before hanging his boots in the longest format of the game.

"We still haven't beaten India in India. That would be nice to do. And obviously, England away, we had a drawn series (in 2019), but hopefully, if I manage to get that chance and opportunity, I might think about going back," Warner said.

The opener has played 13 and eight Tests across three series in England and two in India, respectively. But he has a poor record in both the countries, averaging 26 and 24 respectively without a century.

However, Warner, who has silenced his critics following sterling performances across the Men's T20 World Cup and the first three Tests of the Ashes series, sees age as no barrier and feels he has an opportunity to score big in next year.

"I think James Anderson sets the benchmark for older guys these days. We look up to him as we're getting on in our days. But for me, it's about performing to the best of my ability and putting runs on the board.

"In the first two Tests, I actually looked like a proper batsman, it's almost like I've played my career the other way and had to knuckle down and respect the bowling and the line and lengths that they were bowling and obviously, the hundred eluded me," said Warner.

"I feel in good touch. As I said, I was out of runs not out of form, so hopefully, I can put some more numbers on the board leading into this new year," he added.