Will be ready for captaincy role during Ashes: Pat Cummins 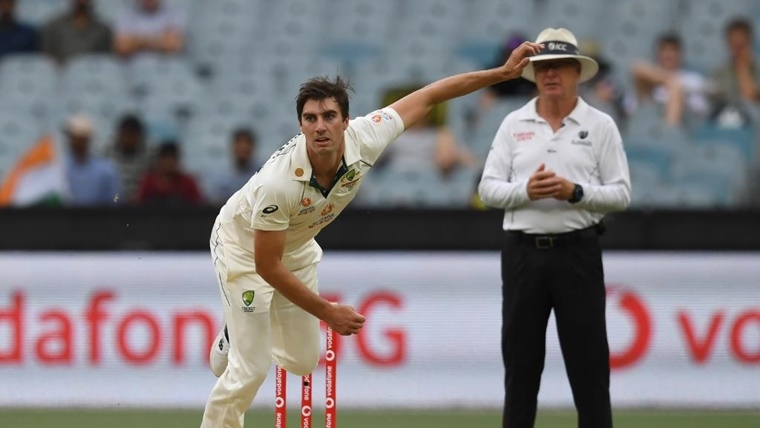 Australia have named a 15-man squad for the opening two Ashes Tests, with skipper Paine, who had gone under the knife to fix a bulging disc in his neck in September, included despite an injury cloud.

"Hopefully Tim will be fine, he's nearing 100 per cent ... but I'll be ready if I have to, but I doubt that," Cummins was quoted as saying by Channel Nine.

The pacer added he could always seek the counsel of experienced players in the side, like former skipper Steve Smith and David Warner, if he found the role tough.

"If I was in the role and I found it tough, at times, there's ten other guys I'd lean on out in the middle.

"You've got people like Smithy and Davey Warner who are incredibly experienced, all the bowlers are experienced and look after themselves pretty well so I'd have no issues handballing it over to other people to help out."

The 28-year-old hasn't played a first-class match since February. He also skipped the limited overs tours of West Indies and Bangladesh and second leg of the IPL before featuring in all of Australia's T20 World Cup games.

But Cummins is confident he will be ready for the red-ball series.

With no games, it gave me the chance to focus on a few different things, so my body feels as good as it has in a couple of years. There's no niggles, I feel really fresh and I always love going into a series giving myself the best chance to turn up and, if I have to bowl 50 overs in a Test, I can.”

Cummins will share pace duties with fellow speedsters Josh Hazlewood and Mitchell Starc, who were all part of the Australian side that won its maiden T20 World Cup on Sunday.

"The benefit of the short spells is that we're really, really fresh. I always feel like it's better to be underdone than overdone coming into a big Test series," he said.

"We've got access to quite a few centre wickets. We'll have three, four, five centre wickets where we try and have relatively big days, bowl a couple of spells on those days, and then we'll be ready to go."

The first Test takes place at the Gabba in Brisbane from December 8, followed by the day-night Test at Adelaide Oval from December 16.