We were in line with what captain, coach wanted, says former North Zone selector Sarandeep Singh 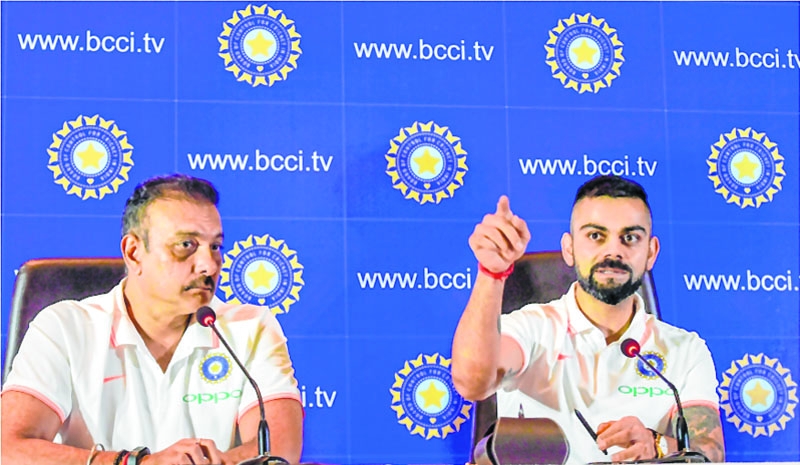 Ravi Shastri's comments on the exclusion of middle-order batsman Ambati Rayudu for the 2019 World Cup have not gone down well with the selection committee members. The then North Zone selector Sarandeep Singh is not happy with the former head coach questioning his selection decision as according to him the team is selected keeping in mind the views and plans of captains and coaches.

"Ravi Shastri is right that the coach does not have any say in the selection meeting but the selection committee goes to the ground, speaks to the captain and head coach and tells them about the plans and we also ask what they want, if there is any player you are asking for. If you look at the last few years we are winning almost every bilateral series," said Singh.

The captain of the team always attends the selection meeting on most occasions to voice his opinion and ask for a player of his choice. Virat Kohli too did the same and with Ravi Shastri being so close to the then captain baffled the former selector.

"He is the head coach so he can say which player he wants. He can say anything to Virat about what he wants. Sometimes it happens that we feel differently but at the end of the day we are always on the same page. For four years we never had different thoughts with Ravi bhai and he is a good coach also. He listens to us all the time. So, suddenly if something like this came up, we always sat together and were always on the same page," said Singh

The former India head coach had also said while speaking to a leading publication that he was surprised to see three wicket-keepers Mahendra Singh Dhoni, Dinesh Karthik and Rishabh Pant in the squad. But according to Sarandeep, Pant was not in the team initially.

"All the three wicket-keepers are very good as batsmen. A selector does not interfere in selection. Rishabh Pant was selected when Shikhar Dhawan got injured during the World Cup. We already had an opener in KL Rahul. So, we were looking for someone to come and bat in the middle order and play big shots. This is the reason why Rishabh Pant was in the team. But to pick playing eleven is team management's call. The selection committee does not interfere in it," explained Singh about Pant's selection.

The three wicket-keepers selected for the 2019 World Cup are also known for their exploits with the bat. The Indian team also performed well and finished as table-toppers in the 2019 World Cup but lost in the semi-final to New Zealand as the entire batting line-up collapsed.

"In the 2019 World Cup if you are looking at selection of Rishabh Pant then he was not their first choice. MS Dhoni and Dinesh Karthik were in the team and we were winning all the matches. We even topped the table. But suddenly with these things coming, it will be upsetting for us because we did our job fairly. We travelled all the time, we saw domestic matches in which batsmen, bowlers or all-rounders are doing well. There is nothing like that we never share anything and we just have things on the table and we say that this is the team. The captain is also sitting in the meeting all the time," said Singh.