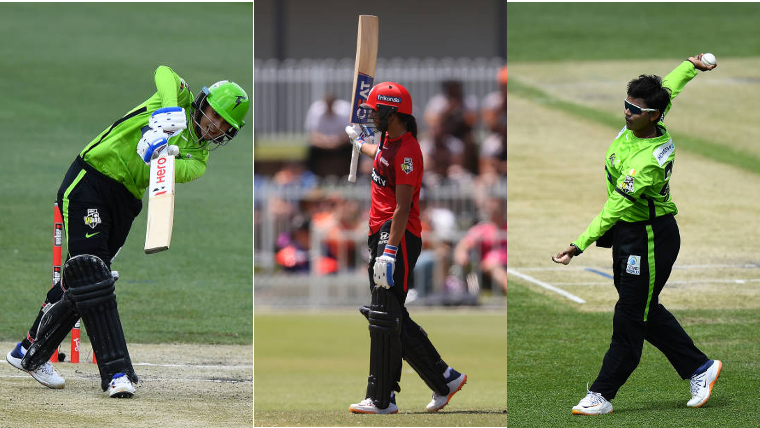 Harmanpreet Kaur was at her aggressive best as she helped Melbourne Renegades ace the tall chase against Adelaide Strikers on Sunday in Perth in WBBL07. Chasing 161, Kaur walked in in the sixth over with Renegades two for 33. Jemimah Rodrigues, who made 27 off 16, and Evelyn Jones had falled. By the tenth over, Renegades were placed at 55 for two.

Kaur first struck a 70-run partnership as she got set and then exploded as she is known to. She hit five sixes and just three fours in her 46-ball stay as she helped the team in red cross the line. She finished unbeaten on 73 as Renegades got home with a couple of balls to spare.

In Launceston, Smriti Mandhana and Deepti Sharma shone as Sydney Thunder defeated Hobart Hurricanes. Mandhana struck a run-a-ball 50 after which, Sharma made 20 off 15 balls. Chasing Thunder’s 147-run target, Hurricanes were in the hunt till Mignon du Preez was in the middle. She scored 41 but fell prey to Sharma, who finished with three wickets for 13 runs.