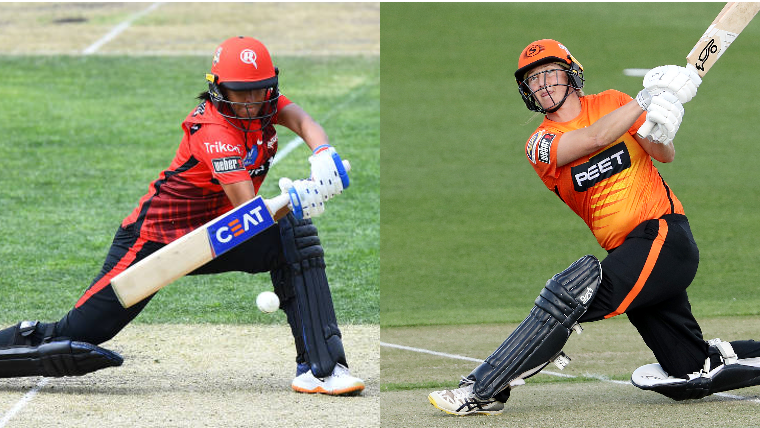 Explosive opener Shafali Verma was out for a first-ball duck, with Kaur taking the catch off Sophie Molineux’s bowling. Ashleigh Gardner then became Kaur’s first victim with the ball, getting out caught behind for seven, before the Indian T20I captain caught and bowled Alyssa Healy in her next over.

Kaur finished her four overs with two wickets for 17 runs and then with the bat, hit an undefeated 35 off just 29 balls, including a four and two sixes. Jemimah Rodrigues, playing with Kaur at Renegades, was run out for 15 and then Evelyn Jones departed with the side in red two down for 66. Kaur walked in and then ended the game with two sixes off Gardner’s bowling to seal the deal.

Radha Yadav, who plays for Sixers, gave away 12 in her two overs and picked up the wicket of Courtney Webb.

Meanwhile the other Indians, Smriti Mandhana and Deepti Sharma at Sydney Thunder and Poonam Yadav at Brisbane Heat didn’t have memorable outings. Yadav went for 19 in her two overs in Brisbane Heat’s clash against Adelaide Strikers that was reduced to 11 overs-a-side contest.

Sharma gave away 29 in her three overs, thanks to a 173-run opening partnership between Beth Mooney and Sophie Devine of Perth Scorchers. Devine struck her third WBBL hundred and was dismissed by Sydney Thunder captain Hannah Darlington for 101 off 60 balls.

Mandhana fell for nine in Thunder’s 187-run chase with Sharma scored a run-a-ball 20 after walking in at number 7.