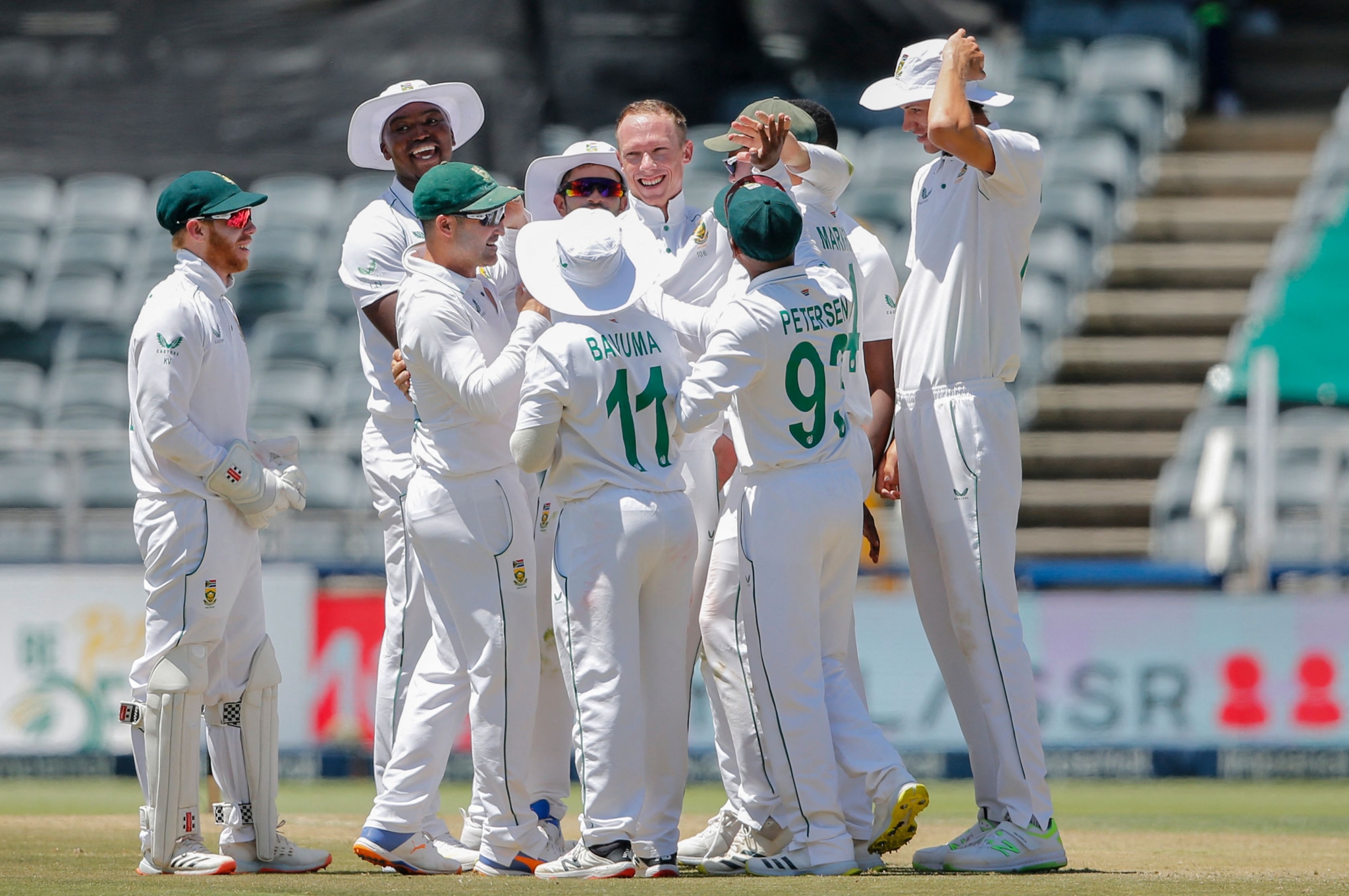 South Africa's short-leg fielder Rassie van der Dussen pulled off a stunner to dismiss India's Hanuma Vihari on Day One of the second Test match in Johannesburg on Monday.

From the start of the day, India's batters were tested with the short stuff. Many of the deliveries fell on either side of van der Dussen at short leg. Some fell short, while some evaded him despite a dive.

However, the catch van der Dussen pulled off to dismiss Vihari was stunning to say the least.

Duanne Olivier was assisted by extra bounce for a length ball that Vihari fended. The ball took his gloves and flew towards where forward short leg would have been stationed. But van der Dussen moved to his left from backward short leg and flung himself in the air to catch it almost after the ball had passed him.

Vihari was out for 20 after being involved in a 42-run fourth-wicket partnership with captain KL Rahul.