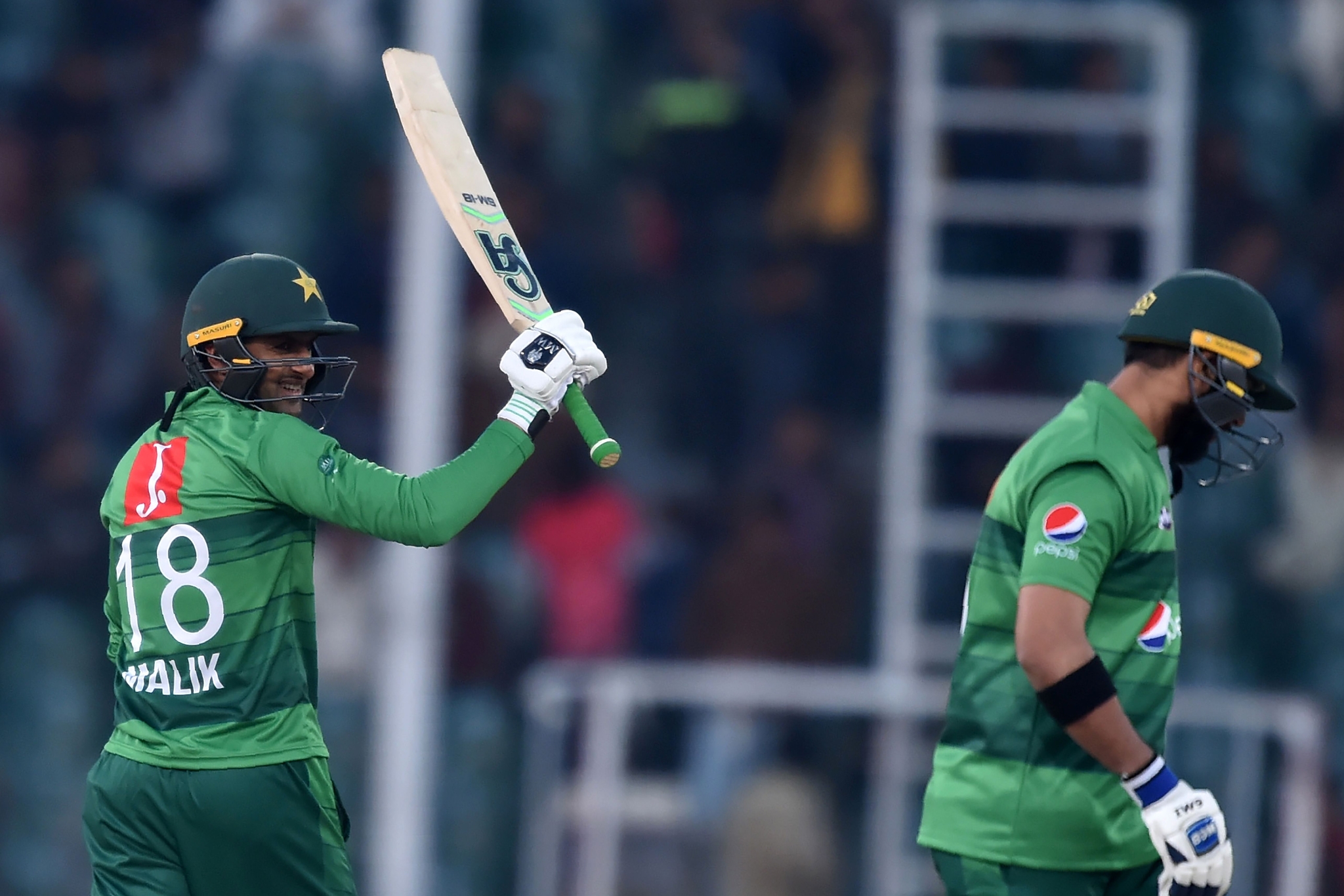 Pakistan's Shoaib Malik (L) celebrates after scoring a half century (50 runs) during the first T20 international cricket match of a three-match series between Pakistan and Bangladesh at Gaddafi Cricket Stadium in Lahore on January 24, 2020. | Photo by ARIF ALI / AFP

Pakistan beat India for the first time in T20 World Cups in Dubai on Sunday. Babar Azam and Mohammad Rizwan stitched an unbeaten 152-run stand as the men in green romped home by ten wickets.

Shoaib Malik, who has played every T20 World Cup from the inaugural edition in 2007, was part of the Pakistan XI alongside Mohammad Hafeez as the only two from their team to have played against India in the global tournament. The 39-year-old was not part of the original squad but was brought in after Sohaib Maqsood was ruled out due to injury.

When Malik was fielding at the boundary line against India, a section of crowd referred to him as ‘jijaji’ meaning brother in law. Malik is married to India’s Tennis star Sania Mirza. After watching the clip on social media, Mirza reacted with laughter.

India and Pakistan’s next match is against New Zealand. Pakistan face the Black Caps on Tuesday while the men in blue take them on on Sunday.