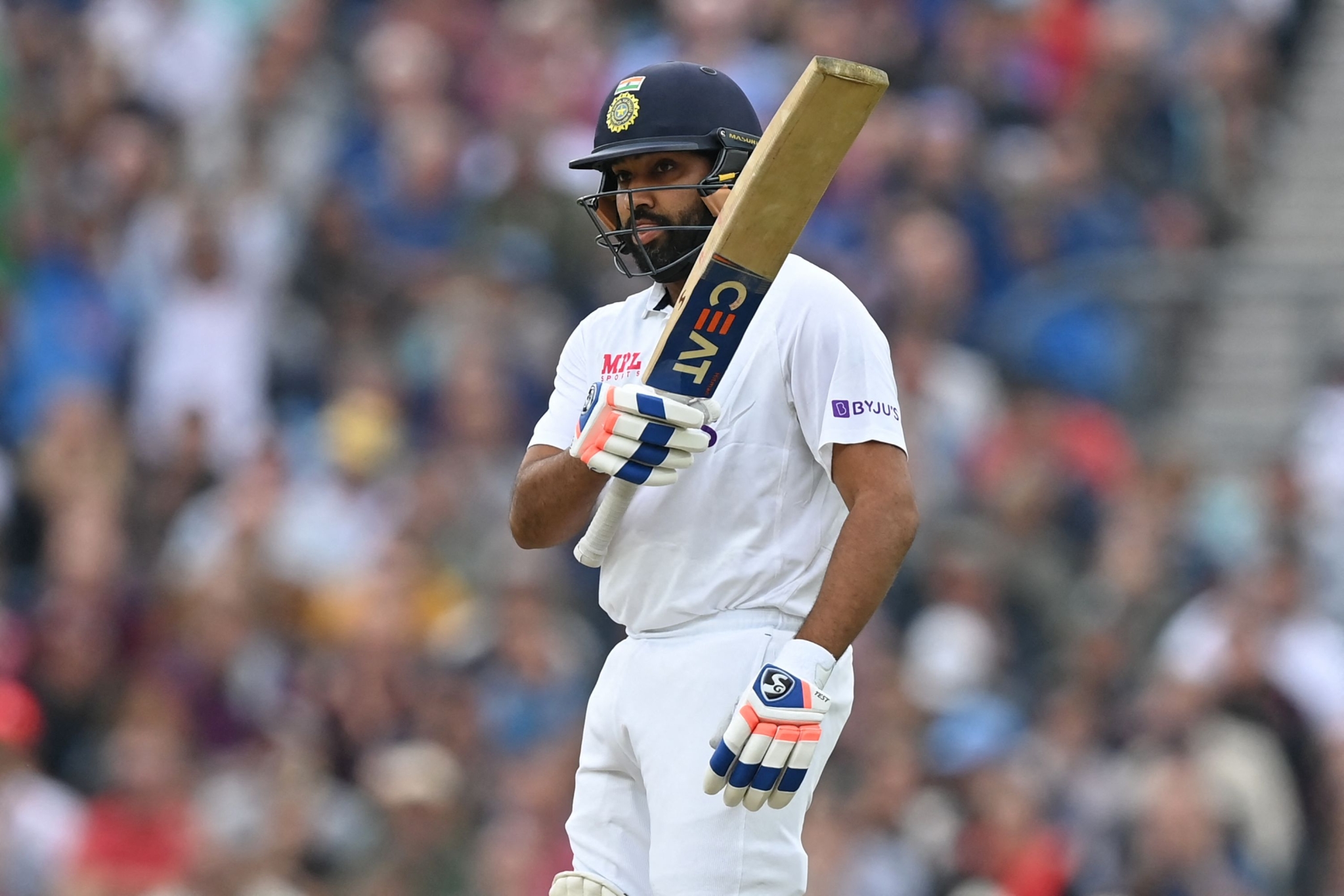 Indias Rohit Sharma celebrates reaching his half century during play on the third day of the fourth cricket Test match between England and India at the Oval cricket ground in London on September 4, 2021. | (Photo by DANIEL LEAL-OLIVAS / AFP)

Rohit Sharma's wait for his first overseas century has finally ended. The Indian opener brought up his ton with a massive six off Moeen Ali in the second session of day three of the fourth test at The Oval against England. This is the right-handed batsman's 8th Test century.

Earlier in the day, Sharma reached 3,000 runs in Test cricket and on Friday, he breached the 15,000-mark in international cricket.

Meanwhile, India managed to move into lead despite losing KL Rahul in the first session of day three.

Resuming at 43/0, India had an ideal first hour, scoring 36 runs for no loss in 13 overs. Sharma and KL Rahul made the most of the good batting conditions with some exquisite boundaries.

Rahul reluctantly reviewed an lbw decision off Chris Woakes in the 24th over. The decision was reversed as the ball was missing the leg-stump.

In the 27th over, Rohit Sharma was given another breather by Rory Burns who dropped a tough chance at the second slip off Ollie Robinson for the second time. The catch dropped by Burns was the 16th time England dropped a catch in the ongoing series.

The breakthrough was provided by James Anderson, who got a short of length delivery to seam away and take a feather edge off Rahul's bat behind to keeper Jonny Bairstow. England went for the review instantly where UltraEdge showed a clear spike, resulting in Rahul's dismissal on the last ball of the 34th over, ending an opening stand of 83 runs.