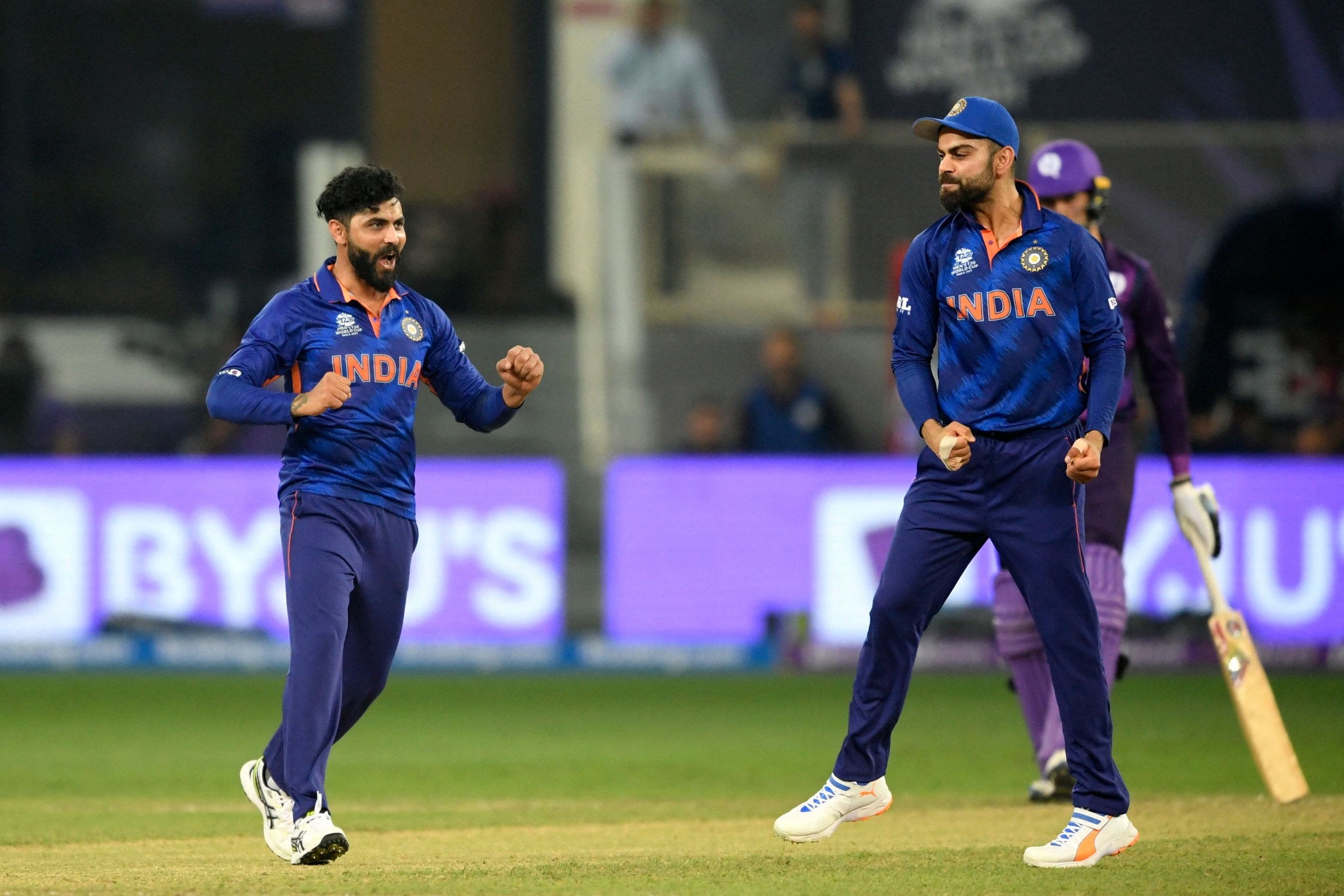 India beat Scotland by eight wickets with 81 balls to spare in their Super 12 clash of the Men's T20 World Cup in Dubai on Friday. That meant that their NRR received a huge boost.

However, India's progress to the semi-final hinges on the New Zealand versus Afghanistan match, which the latter need to win. If Afghanistan beat New Zealand, it will be a three-way battle between India, New Zealand and Afghanistan for the second semi-final spot from Group 2, with Pakistan already qualified.

After the match, in the press conference, Jadeja was asked by a reporter as to what India would do if Afghanistan fail to defeat New Zealand. "We'll pack our bags and go home," replied Jadeja with a laugh.

The left-arm spinner returned figures of three for 15 in India's match against Scotland and was adjudged player of the match for his efforts.