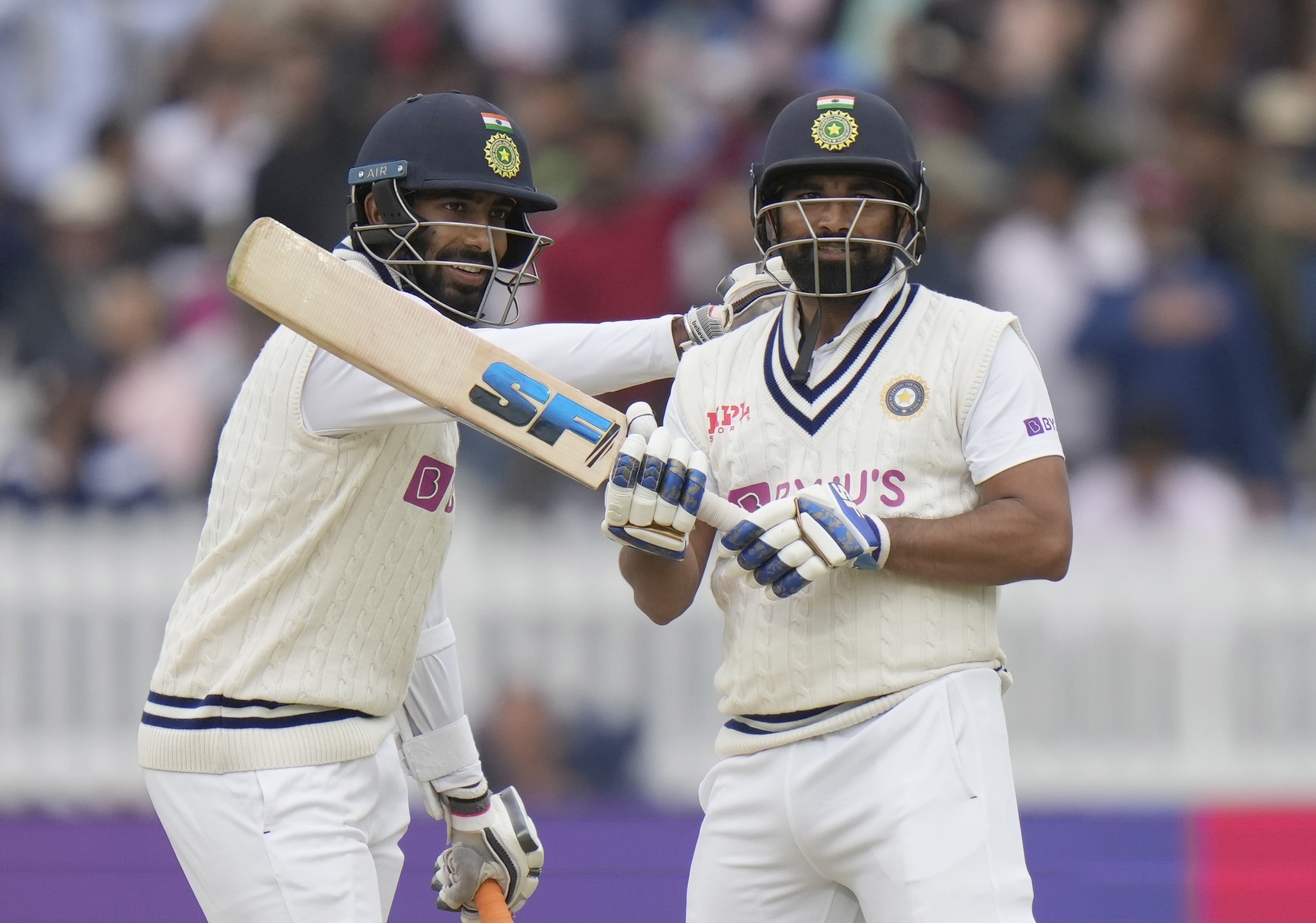 Known for their skills with the ball, Indian pacers Jasprit Bumrah and Mohammed Shami delivered with the bat to put the visitors in a commanding position against England on the final day of the second Test at the Lord's Cricket Ground on Monday.

This after their sensational unbeaten 89-run stand in the opening session saw India claw back into the game. The did add a few feathers to the cap during the partnership. In SENA(South Africa, England, New Zealand, and Australia) countries, this was India's first 50+ 9th wicket partnership after VVS Laxman and RP Singh recorded one in 2008 against Australia. This is also Shami's second Test half-century and his highest score.

Resuming the final day on 181/6, India was handed a huge blow after Risabh Pant was sent packing by Ollie Robinson as the Indian batsman poked at the ball and Jos Buttler completed an easy catch. But England's joy was shortlived as after Ishant Sharma's dismissal, it was the Shami-Bumrah show.

The England bowling attack used whatever there was in the arsenal, but the Indians persisted and held their ground well. Amid the body blows, a barrage of bouncers and thunderous applause from the Lord's balcony, both the Indian pacers grew in confidence with each passing delivery.

In the end, it gave Virat Kohli the opportunity to declare the innings on 298/8 and set England a target of 272 runs in the last two sessions.