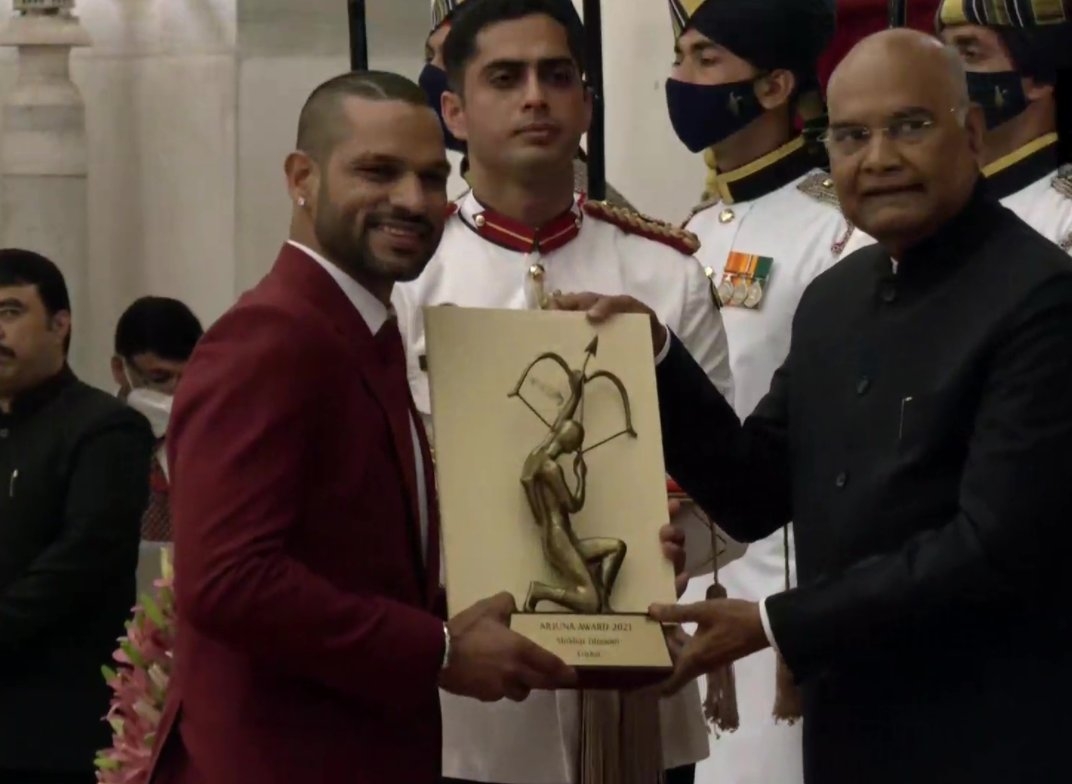 Shikhar Dhawan, India opener, received the Arjuna Award from the President of India Ram Nath Kovind on Saturday. Dhawan was awarded the prestigious honour in a felicitation ceremony at the Rashtrapati Bhavan.

Dhawan is India's leading run-scorer in Champions Trophy and the fastest Indian to 3000 and 4000 ODI runs.

Along with Dhawan, a total of 35 Indian athletes have been awarded the Arjuna Award which includes members of the Indian Hockey Team which won the Bronze medal at the Tokyo Olympics earlier in the year.