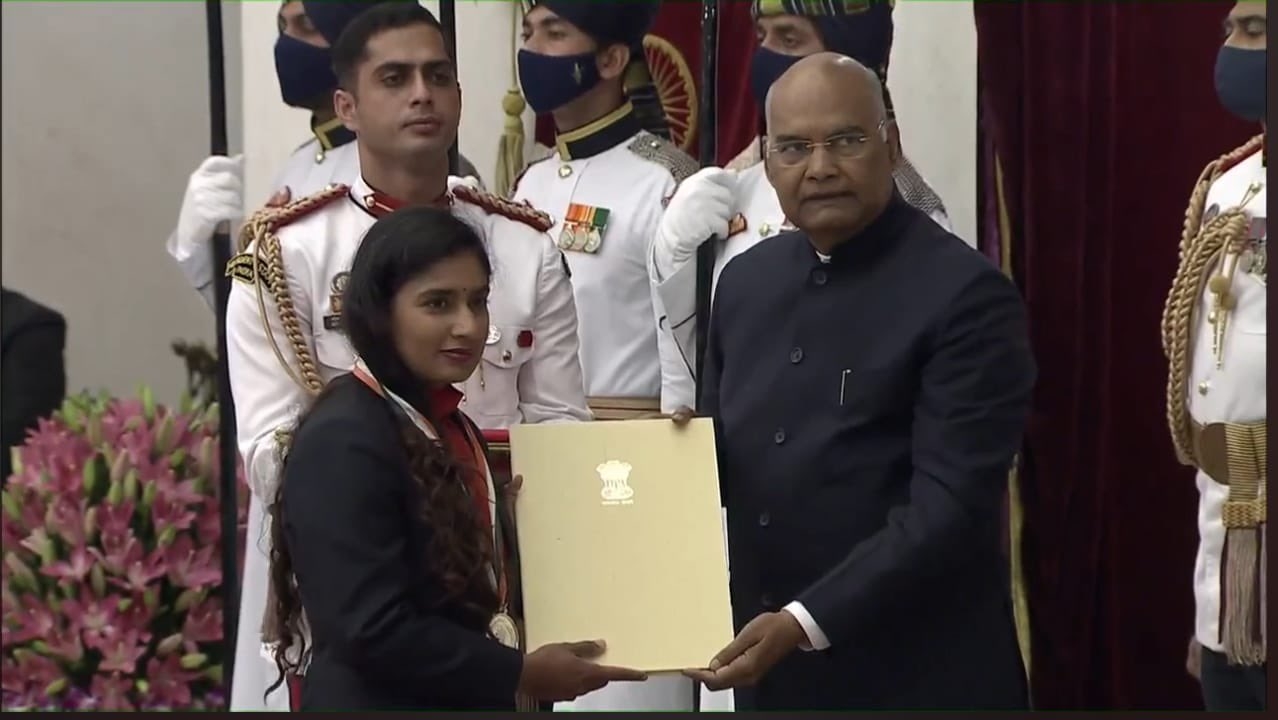 Raj leads the batting charts in ODIs and is the only one to score over 7000 runs in the format. She is the leading run-scorer in internationals and led India to the final of the Women's World Cup in 2005 and 2017.

11 other athletes were given the Major Dhyan Chand Khel Ratna Award apart from 35 others, who were honoured with the Arjuna Awards.

Raj, eyeing the Women's World Cup next year as the swansong, then posted a heartfelt letter on social media.