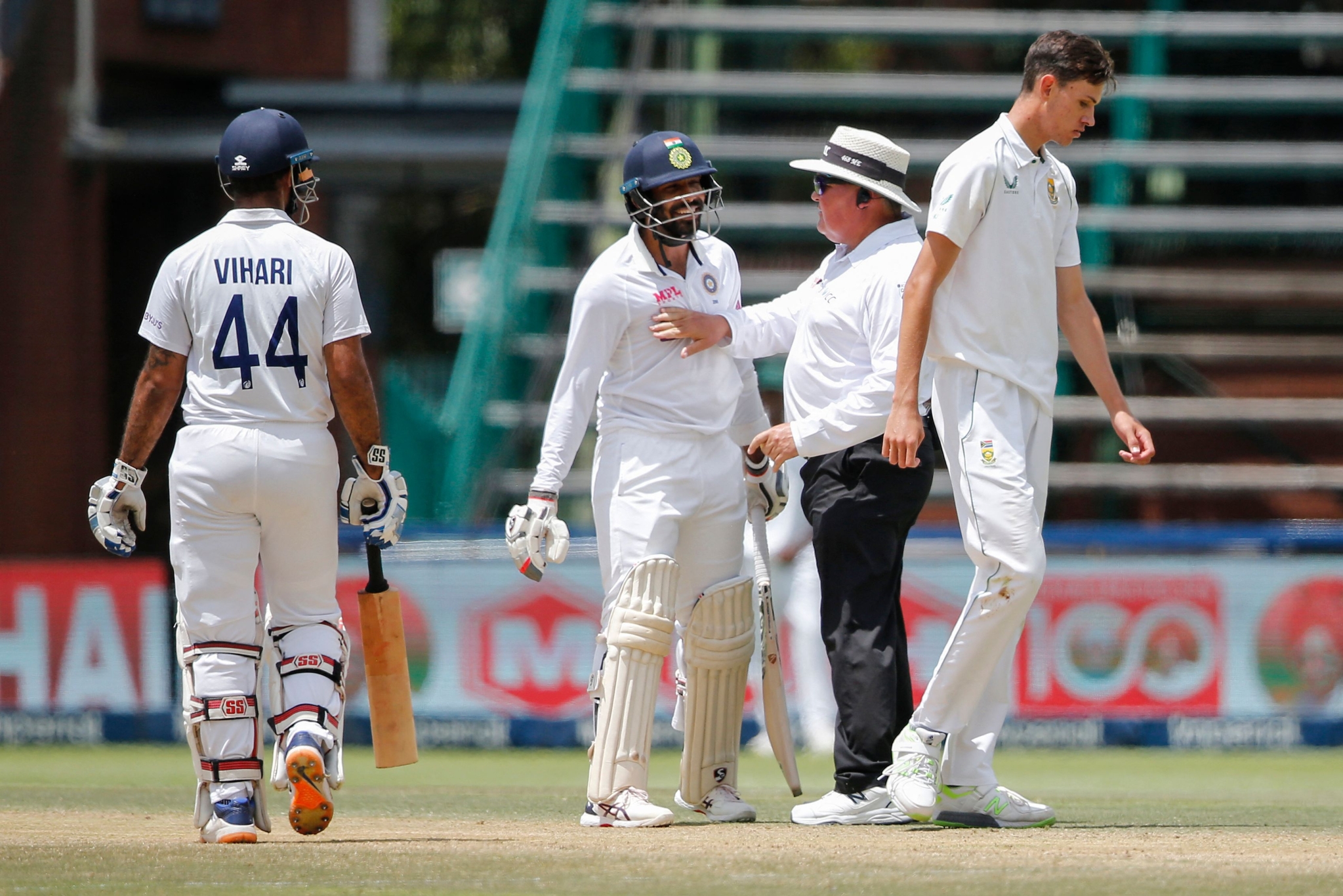 The temperature in Johannesburg wasn't too high, but it soared at the Wanderers on Wednesday as India's Jasprit Bumrah and South Africa's Marco Jansen were involved in a heated exchange on Day Three of the second Test.

Jansen, the left-arm pacer, peppered Bumrah with some short balls, which the batter missed and took body blows to. After one such play and miss, Jansen seemed to speak something to which Bumrah responded. They had to be separated by the umpire Marais Erasmus with Protea captain Dean Elgar having a few calming words for Bumrah.

Bumrah to take Jansen's wicket to win us this test 🙏 pic.twitter.com/gg9cggb9WQ

Jansen picked up three wickets, while Bumrah, who hit a six off Kagiso Rabada in the next over, was dismissed for seven. India were eventually bowled out for 266 with Hanuma Vihari unbeaten on 40, setting South Africa a target of 240.