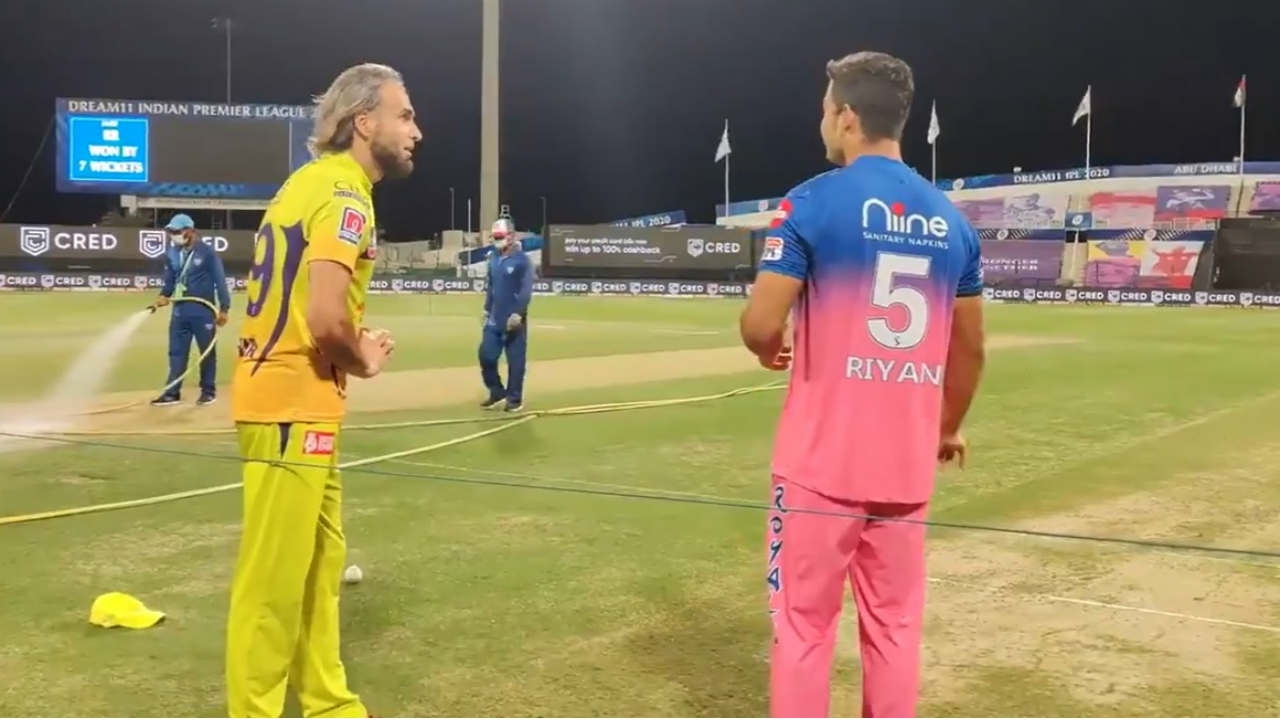 In a video shared by Royals, Pak-origin Tahir is seen giving tips to Parag and sharing importance of landing on the front foot while delivering the ball. Tahir, who has 293 international wickets under his belt, was the main force of CSK's bowling attack in previous seasons but has not got much chance to bowl this season.

Royals are currently second from the bottom with eight points from 11 games and Tahir tricks and skills may come in handy for Parag in the must-win upcoming matches.

"The reason I'm showing you my pace is since you mentioned that you want a good pace. The most important thing is that we shouldn't give time to the batsman. So stay on the front foot just like I did just to show you," Tahir is heard telling Parag in the video.

Following the match between Chennai Super Kings and Royals on Monday, the leg spinner decided to give his valuable experience to Parag bowling a variety of deliveries.

The 18-year-old cricketer was working on his pace and showed eagerness and passion when Tahir provided tips.

Tahir said that landing on the right leg is the most important thing for a right arm leg spinner. The South African spinner made sure Parag left the field with a valuable experience.

Meanwhile, the Royals will be looking to win their next game when they lock horns with Mumbai Indians on Sunday.