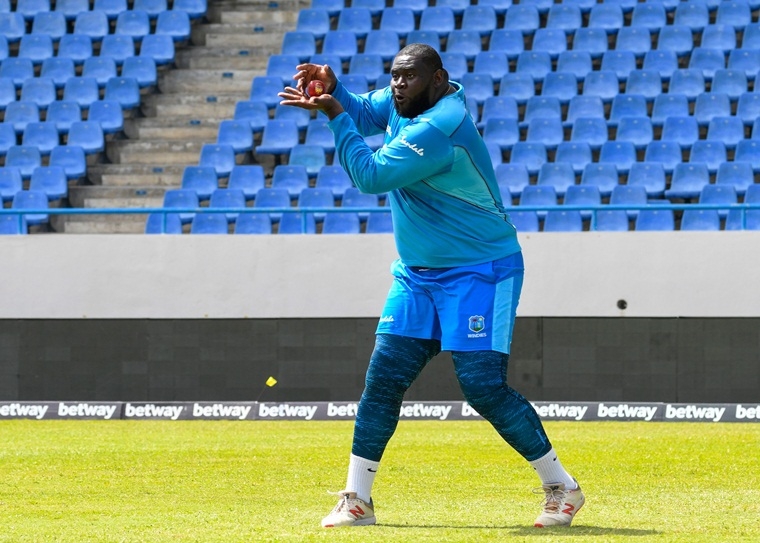 St Lucia Zouks have progressed into the final of the Caribbean Premier League (CPL) after securing a 10-wicket win over Guyana Amazon Warriors here.

St Lucia Zouks bundled out Guyana Amazon Warriors on just 55 runs, the second-lowest total in CPL, before easily chasing the target in under five over.

However, it was Rahkeem Cornwall's astonishing catch that stole the spotlight.

Watch the clip below:

It was Cornwall's catch that bundled out Guyana Amazon Warriors on just 55 runs.

Chasing the 56-run target, Cornwall smashed two sixes in the very first over. Mark Deyal too played furiously and the duo scored 26 runs off the first two overs.

Both batsmen maintained the attacking mindset despite a low target and took their side over the line in the fifth over. Cornwall scored 32 runs while Deyal played a knock of 19 runs.

Cornwall, who stands at 6ft 5 inch and weighs more than 140 kilos, is the heaviest cricketer to play Test cricket. The bowling-allrounder surpassed former Australia captain Warwick Armstrong, who weighed 133-139 kg, to achieve the feat.

In the other semi-final clash, Knight Riders defeated Jamaica Tallawahs by nine wickets to leave themselves one win away from completing the first perfect season in CPL history.

Knight Riders first restricted Tallawahs to 107/7 in their allotted 20 overs and then chased down the target in just 15 overs, riding on brilliant knocks of 54* and 44* from Lendl Simmons and Tion Webster.