The Former cricketer is celebrating his 43rd Birthday on 20 October,2021. Here are some of the doting dad moments of Sehwag.
FPJ Web Desk 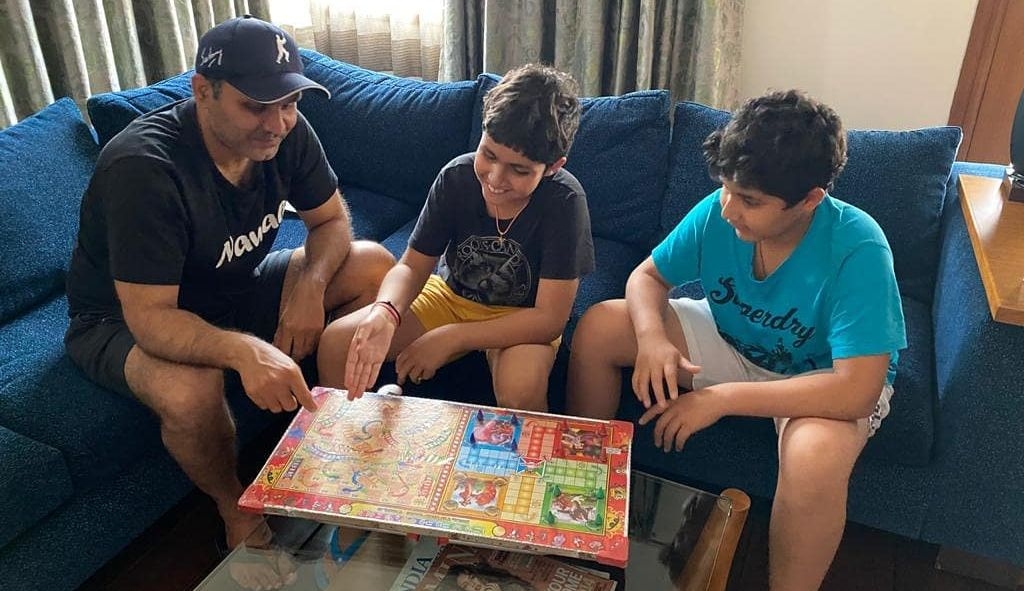 Virender Sehwag, the former cricketer is one of the most successful player in the Indian Cricket Team. He is lovingly called as Viru by his friends.

He was born on 20 October 1978 in Najafgrah Delhi. He hails from Haryana. Sehwag has spent his entire childhood in a joint family. He has was always surrounded by family members consisting sixteen cousins

In 1997, Sehwag made his debut for Delhi cricket team in first class cricket. And eventually made started his Cricket career in 1999.

In April 2004, Sehwag married Aarti Ahlawat, the wedding grabbed a lot of attention and was one of the widely publicized wedding hosted by Arun Jaitley his residence. The couple is blessed with two sons, Aryavir, born on 18 October 2007 and Vedant, born in 2010.

The Former cricketer is celebrating his 43rd Birthday on 20 October,2021. Here are some of the doting dad moments of Sehwag.

This picture of Sehwag with his son is so beautiful as we can see the little munchkin accompany his dad on the adventure they are heading up for.

Sehwang is truly very affectionate towards his children .The picture of Sehwang with his kids is so adorable.

Sehwang shared this picture describing a bond that a father and son share for lifetime.

It's time for some Ludo for the Sehwag family. A day well spent with the boys.

Sehwang spends a lot of quality time with his children, this is one of a moment where we can witness him cherishing the moment with his two boys.