Virat Kohli adds to his legend, becomes first Indian to score a century in D/N Tests 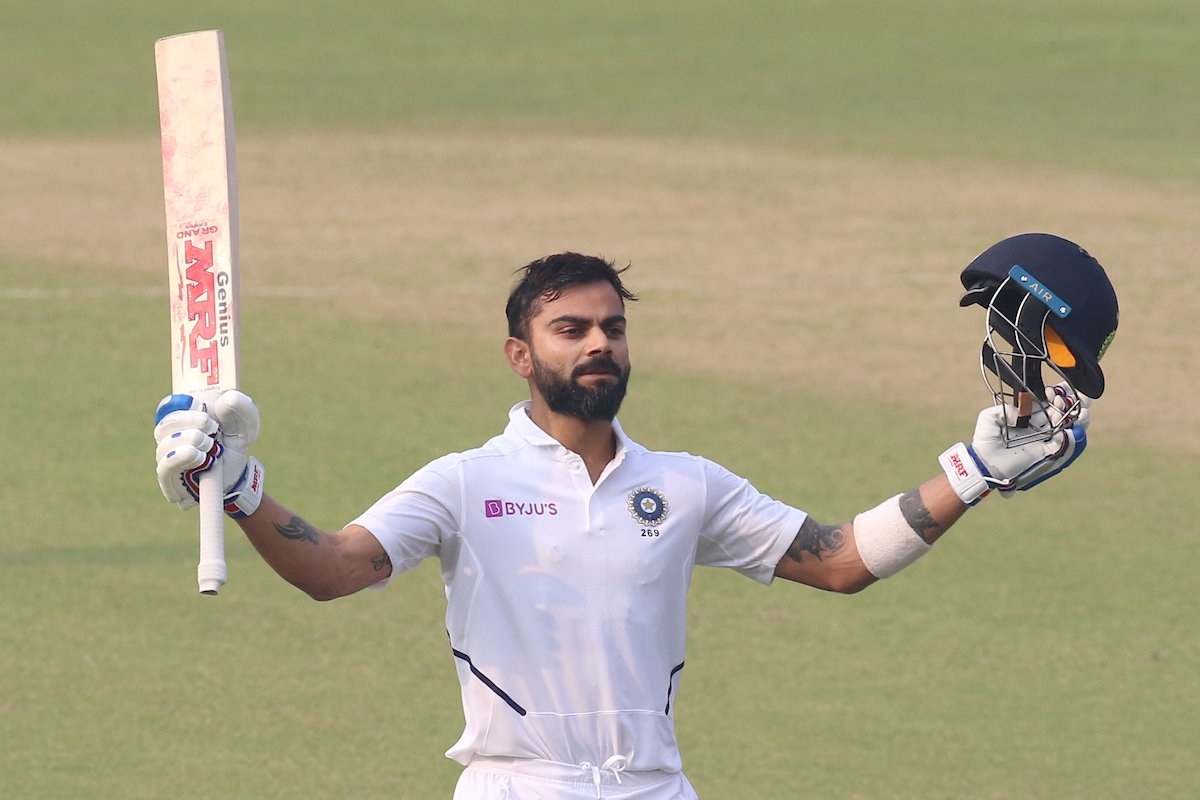 India skipper Virat Kohli on Saturday brought his 27th ton in the ongoing Day-Night Test against Bangladesh being played at the iconic Eden Gardens here.

The 31-year-old, regarded as run-machine of Indian cricket, brought up his century by nudging the ball on the leg-side in the 38th over of India's first innings bowled by spinner Taijul Islam.

The skipper thereby became the first Indian batsman to hit a hundred in a pink ball Test.

It was also Kohli's 20th Test century as captain and 41st international century while leading India.

Saturday's ton was Kohli's second against Bangladesh. His first Test century against the Bangladesh had come in 2017 when he had scored 204 runs at the Rajiv Gandhi International Stadium in Hyderabad.

This was also the second consecutive century for Kohli at the Eden Gardens. In 2017 when India played last against Sri Lanka in Kolkata, he had scored a 104* in the Test which ended in a draw.

On Friday, the Indian skipper had become the fastest batsmen to score 5,000 runs as captain. Kohli took 86 innings to get to the milestone, surpassing Ponting who took 97 innings to get there.