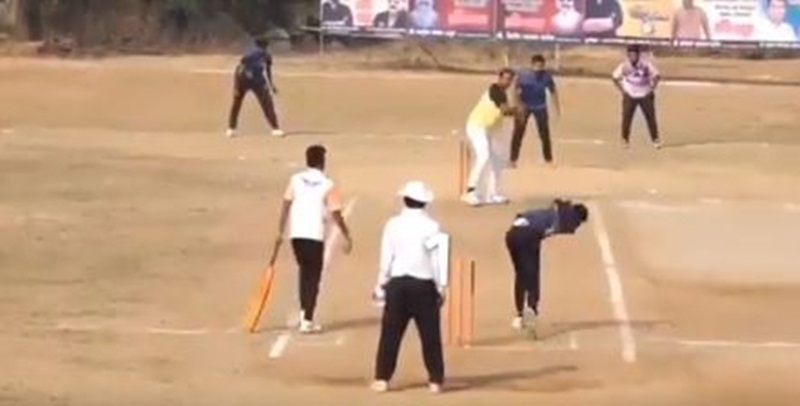 It’s surprising to watch when a team wins a match after needing six runs off last ball and the batsman smashes a six. But what when the team needs six runs off one ball and it wins despite batsman not hitting the six? Such a match happened during a cricket club game in Andhra Pradesh. Moreover, the winning team won the match with one ball to spare. Sounds interesting? Read on to know how it happened.

During Adarsh Cricket Club (Padlegaon) 2019 club match between Desai and Juni Dombivli, the former needed six runs off one ball to win the match. Desai won the match with one ball to spare. Actually, the bowler bowled six consecutive wide to send the match in Desai’s hands. The video of the match was shared on social media. Have a look at the video.

6 runs needed off 1 ball and the team scored it with 1 ball to spare 😂 pic.twitter.com/XOehccVBzA

Desai were chasing 76 runs in five overs. They needed 6 runs off the last ball after reaching 70/4 in 4.5 overs. To everyone’s surprise, the left arm bowler of Juni Dombivli bowled six consecutive wide to the left handed-batsman and Desai won the match without scoring a run along with one ball to spare. Truly, cricket is a game of unlimited possibilities.