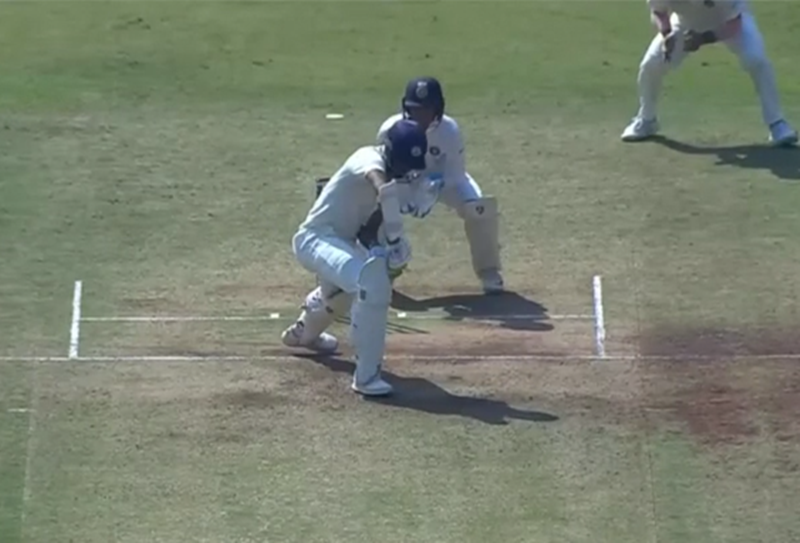 An unusual scene involving umpire was encountered during the second day of the Irani Cup, when Faiz Fazal was given out in a strange fashion by on-field umpire CK Nandan. On the second day, Vidarbha’s skipper Faiz Fazal edged a delivery from Rest of India’s bowler Krishnappa Gowtham, which was caught by wicketkeeper Ishan Kishan.

When ROI players appealed confidently for dismissal, umpire Nandan did not raise his finger. The strong appeal from the ROI players continued who were confirmed for the wicket, but the umpire was in no mood to give an out decision. When they stopped shouting after failing to convince umpire, and Gowtham started moving to bowl his next delivery, umpire suddenly raised his finger calling Fazal as out. Fazal and ROI players were little confused on this too late call by umpire, who confirmed with the leg umpire for the decision.

Fazal had to leave after scoring 27 runs. In the first innings, Ajinkya Rahane led ROI scored 330 runs. With Akshay Karnewar’s century, Vidarbha manged to score 425 runs in reply, taking a lead of 95 runs.