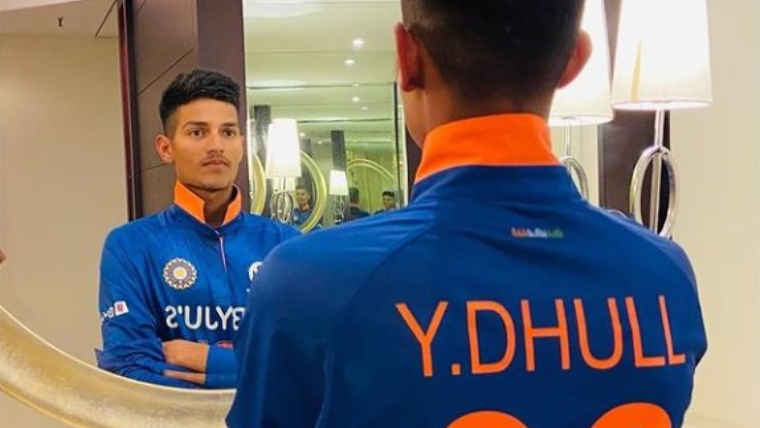 After Delhi cricketer Yash Dhull becomes India's Under-19 World Cup captain, his father said that he always wanted to be a part of the cricket team and to lead the country after leading the state team is an honour for him and his family.

From the age of six, he started playing cricket at the terrace of his house. Initially, his father thought that he is playing the game like other kids but soon, he realised his talent and started providing him professional coaching. For a middle-class family, it was not easy to manage such expensive cricket kits and coaching but his family left no stone unturned in providing him best of the facilities that a budding cricket required.

"I found his talent at the age of six and later, I sent him for the professional training. Soon, we found a hidden talent in him, and he also started taking cricket seriously and started marking his absence in family functions and social gatherings.

"I worked in sales and it's tough for me for travelling and focus on his training. So quit my job and start focusing on him and taking him to for practice and far away tournament." said Vijay, the father of Under-19 captain.

Delhi has produced a lot of cricketers that have gone on to represent and lead India at the ICC Under-19 World Cup as well as representing the country at the senior-most level like Virat Kohli, Gautam Gambhir, Shikhar Dhawan, Rishabh Pant and it is Dhull who has got this golden opportunity.

"I still remembers the moment when he was captaining Delhi team but now leading the country is a proud thing but the responsibility is much bigger now because you have to be answerable to a state but now you will be answerable to the entire country. Delhi is the hub which provides the biggest star to the nation like Virat Kohli, Gautam Gambhir and Shikhar Dhawan and now it is Yash who has to take the legacy of Delhi cricket forward," added Vijay.

India's performance in the ICC Under-19 World Cup is the best as they have won this tournament 4 record times. Dhull and his side have an opportunity to make it 5.