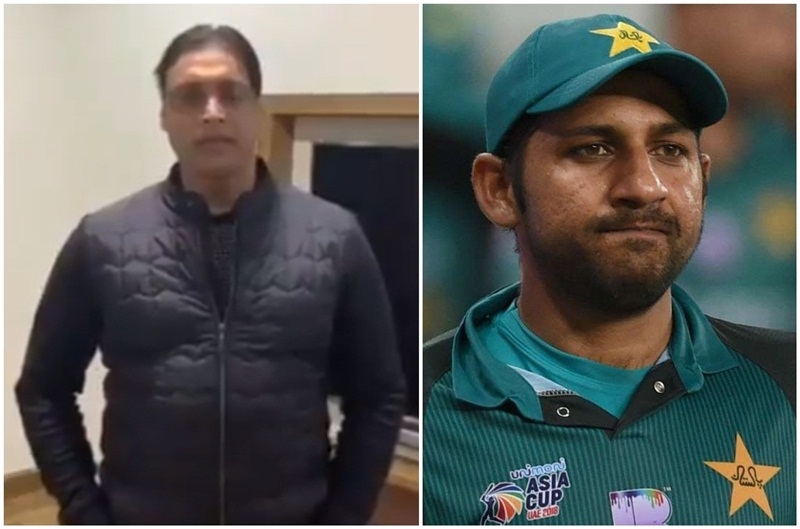 Former pacer Shoaib Akhtar slammed Sarfraz Ahmed for making racist remarks against South African cricketer Andile Phehlukwayo and urged Ahmed to publicly apologise. However, Shoaib later deleted the post. Pakistani cricketer Shoaib Akhtar recently took to his Twitter account where he posted a video where he condemned Sarfaraz Ahmed’s behaviour, “I strongly condemn as a Pakistani. He shouldn’t have said what he said and I feel he has done a very shameful act.” He said.

In the 1:30 minute video Shoaib was quoted saying, “I’ve just come across very sad news. Although I’ve not seen the video but I’ve read comments about our captain’s racist comments. I strongly condemn as a Pakistani. He shouldn’t have said what he said and I feel he has done a very shameful act. I think he should apologise for it and he should publicly apologise for what he said to this guy.”

Talking about Sarfraz Ahmed, Akhtar added, “This isn’t acceptable behaviour as a Pakistani. I feel his remarks came in the heat of the moment. He should apologise publicly. Commenting about someone’s colour is wrong and he shouldn’t have done it. As a Pakistani captain, whatever he said is totally wrong. Because people are getting inspired by him because he is leading the team as a captain so you should lead the team in terms of saying the right things. So I hope apology will come soon.”

After Shoaib Akhtar deleted the post, Twitterati took no time in calling him out.

This is the Nation where no one has “Freedom of speech” and person like @shoaib100mph has no guts or rights to speak against Wrong! #Racism aur #Inhumanity toh inki samajh se bahot door ki baat hai 👎 #SAvPAK

Shoaib Akhtar condemns Sarfraz Ahmed’s racist comments on Andile Phehlukwayo during the ODI match. Good to see someone speaking sensibly from across the border for a change. #PAKvSA #SAvPAKhttps://t.co/uhYAdYzTFZ