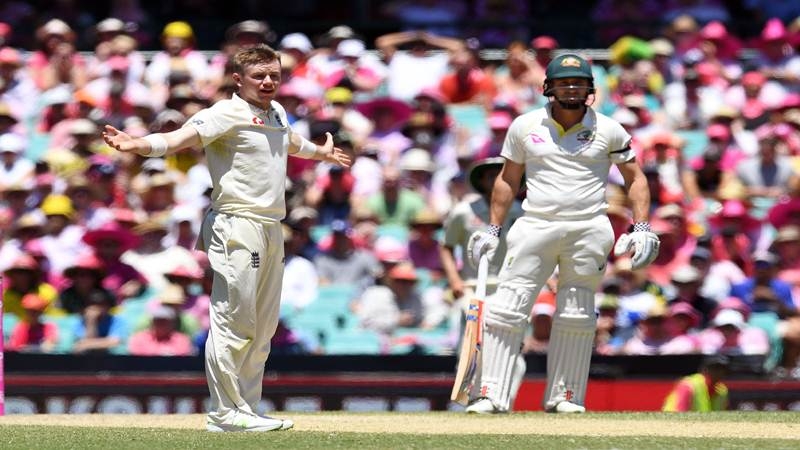 New Delhi: One of the fiercest cricketing rivalries in the world, the Ashes series between England and Australia, is once again ready to set the stage ablaze and take the excitement levels of the fans sky high.

World Cup cahmpions England, who defeated their arch-rivals in the semi-finals of the recently concluded showpiece event, would be raring to continue their white-ball form into the Ashes and take back the urn which they lost in the 2017-18 series.

The 2019 Ashes series is just a week away and the two teams are ready to leave no stone unturned to win the urn.

Till now, there have been 70 Ashes series out of which Australia have won 33, England 32 and five were drawn. Overall, 330 Ashes Tests have been played between the sides with Australia having won 134, England 106 and remaining 90 that ended in a draw.

Ahead of the first Ashes 2019 Test at Edgbaston, IANS takes a look at top five Ashes matches of the last decade:

Australia had posted a mammoth total of 674/6 in Cardiff which was hosting the first Ashes Test of that series. England conceded a lead of 239 and were asked to follow on by the visitors.

With Australia all looking set for a monumental win, it was the duo of James Anderson and Monty Panesar, who managed to bat until 6.40 p.m. on the final day of what was a historic Test, therefore securing a draw. The media dubbed the drawn Test match a 'win' for England.

Needing 364 to make England bat again, several Australian batsmen made starts but none of them were able to make significant contributions as Australia were bundled out for 281. England won by an innings and 83 runs. This was the third time they had won by an innings in the series -- the first time a touring side had ever won three Tests by an innings during a single series.

The first Test of the 2013 Ashes series was noted as a dramatic match with the advantage swinging between the two sides, culminating in a close result. England were bundled out for mere 215 in their first innings.

Australia, who seemed to be heading to a significant deficit were reduced to 117/9 in the following innings. However, a record-breaking 10th-wicket stand between Ashton Agar and Phillip Hughes revived the tourists to an unexpected 65-run lead by the end of the innings.

In the third innings, England reclaimed the upper hand courtesy Ian Bell's century and took the team's total to 375, setting Australia a target of 311 to win the Test.

Australia came out with a strong show with the bat and were only 15 runs short of victory by the time the final partnership was broken by James Anderson in the afternoon session of the fifth and final day.

Blistering centuries from Shane Watson and Steven Smith took Australia to 492 before James Faulkner took 4/51 to bundle out England for 377. Following a dull third day and the washout on the fourth, Michael Clarke declared the second innings with Australia having 44 overs to pick 10 wickets and defend 227.

England came out all guns blazing in their chase with Kevin Pietersen batting aggressively while scoring 62 off 55 balls and Chris Woakes tried to puncture Australia with an unbeaten 17 off 13.

However, with four overs remaining and England 21 away from victory, bad light prompted the umpires to end play prematurely and the match ended in a draw.

The second Test of the 2017-18 Ashes series was the first ever to be played with the pink ball between the two teams. England won the toss and put Australia to bat. The hosts rode on Shaun Marsh's brilliant 126* to declare their first innings at 442/8. In reply, England were swiped away by Mitchell Starc and Nathon Lyon as they bundled out for 227.

However, the visitors came back strongly to bundle out Australia for mere 138 and got themselves a 354-run target. But Starc wreaked havoc again in the second innings and took his second five-wicket haul of the Test to help Australia bowl out England for 233 and thus win the match by 120 runs.