Chahar, who plays for Rajasthan in the Syed Mushtaq Ali Trophy, picked a hat-trick against Vidarbha
ANI 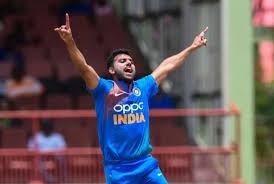 After cruising India to a victory in the series decider against Bangladesh with a brilliant hat-trick, Deepak Chahar claimed his second hat-trick in T20 cricket on Tuesday.

Chahar, who plays for Rajasthan in the Syed Mushtaq Ali Trophy, picked a hat-trick against Vidarbha.

Despite the hat-trick, Vidarbha managed to secure a victory over Rajasthan by one run (VJD method) in the rain-interrupted match. 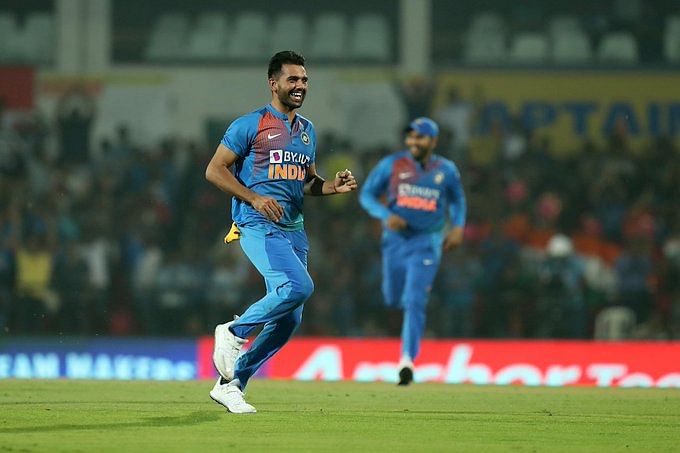 Chahar posted figures of 4/18 from his 3 overs spell that included a maiden. He got the wickets of Shrikant Wagh, Darshan Nalkande and Akshay Wadkar in the final three deliveries of the 13th over to claim his second T20 hat-trick in the span of three days. Chahar on Sunday had created a record for the best bowling figures in a T20I match and had also become the first Indian to take a hat-trick in the shortest format of the game.

He ended the match with the figures of 6-7 and he surpassed Sri Lanka's Ajantha Mendis to create the record. Mendis had recorded figures of 6-8 against Zimbabwe in 2012.

In the match against Bangladesh, Chahar dismissed one batsman on the last ball of the 18th over and then he dismissed two batsmen in the opening two balls of the 20th over.