Tiger in town: Shakib in Kolkata, how his team must wish he could play!

Shakib Al Hasan was spotted in Kolkata, but under the rules of his ban, he cannot enter Eden Gardens.
IANS 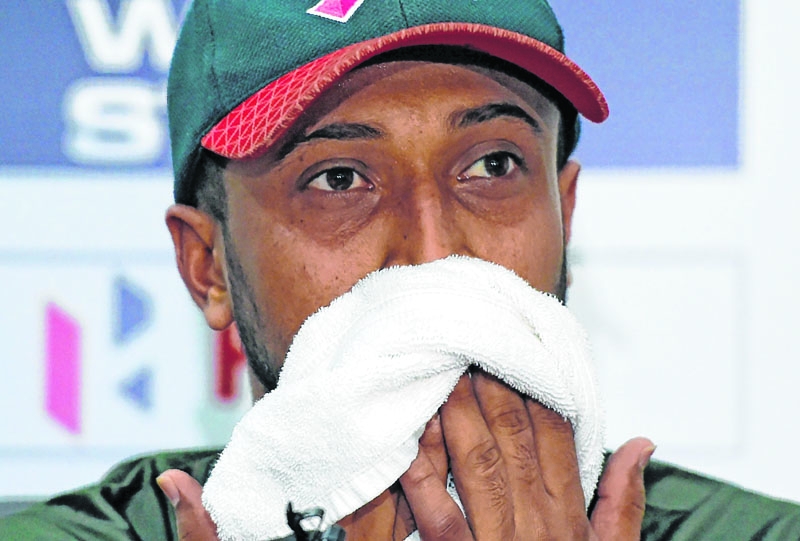 He is one of the biggest stars to have played for Bangladesh, but as fate would have it, Shakib-al-Hasan despite being in the city cannot be seen anywhere near the historic Eden Gardens which is hosting India and Bangladesh for their maiden pink ball Test. Banned for failing to report an approach by a bookie, Shakib cannot be seen anywhere at the venue or in any official meeting or function organised around the Test.

Speaking to IANS, sources aware of the anti-corruption rules of the ICC said that while Shakib can be present in the same city at the time of Bangladesh playing a game, he cannot be seen at the stadium or in any official meeting or function.

"He can be in Kolkata at the time of the game, that is not an issue, but he cannot come to the stadium. As per rules, he cannot attend any official meeting or function either. This will then work against him and action will be taken by the world body for failure to adhere to the rules and regulations that come with being banned," the source explained.

Asked if that means he cannot meet any player either, the source clarified that individual meetings at some restaurant or team hotel aren't an issue.

"See, he has his friends and they are part of the Bangladesh team. So, you cannot stop him from meeting them in a personal capacity. But yes, nothing official. He can meet one or two of them at a restaurant or at the team hotel, but it cannot be a team affair by any stretch of imagination," the source explained.

The star all-rounder has been handed a two-year ban, with one year of that suspended, after he accepted three charges of breaching the ICC Anti-Corruption Code.

Under the provisions of the code, Shakib chose to admit the charges and agreed the sanction with the ICC in lieu of an Anti-Corruption Tribunal hearing. Subject to him satisfying the conditions in respect of the suspended part of the sanction, he will be free to resume international cricket on October 29, 2020.

It was reported earlier that Shakib could face a lengthy ban for not reporting a corrupt approach. "I am obviously extremely sad to have been banned from the game I love, but I completely accept my sanction for not reporting the approaches," Shakib was quoted as saying by the ICC.

"The ICC ACU is reliant on players to play a central part in the fight against corruption and I didn't do my duty in this instance. Like the majority of players and fans around the world, I want cricket to be a corruption free sport and I am looking forward to working with the ICC ACU team to support their education programme and ensure young players don't make the same mistake I did."