Thrilled to have a former cricketer as BCCI president, says Ravi Shastri

The Head Coach of the Indian Cricket team answered questions on a wide range of topics, including Dhoni, Ganguly, Rishabh Pant, and the impact of the World Cup loss.
IANS 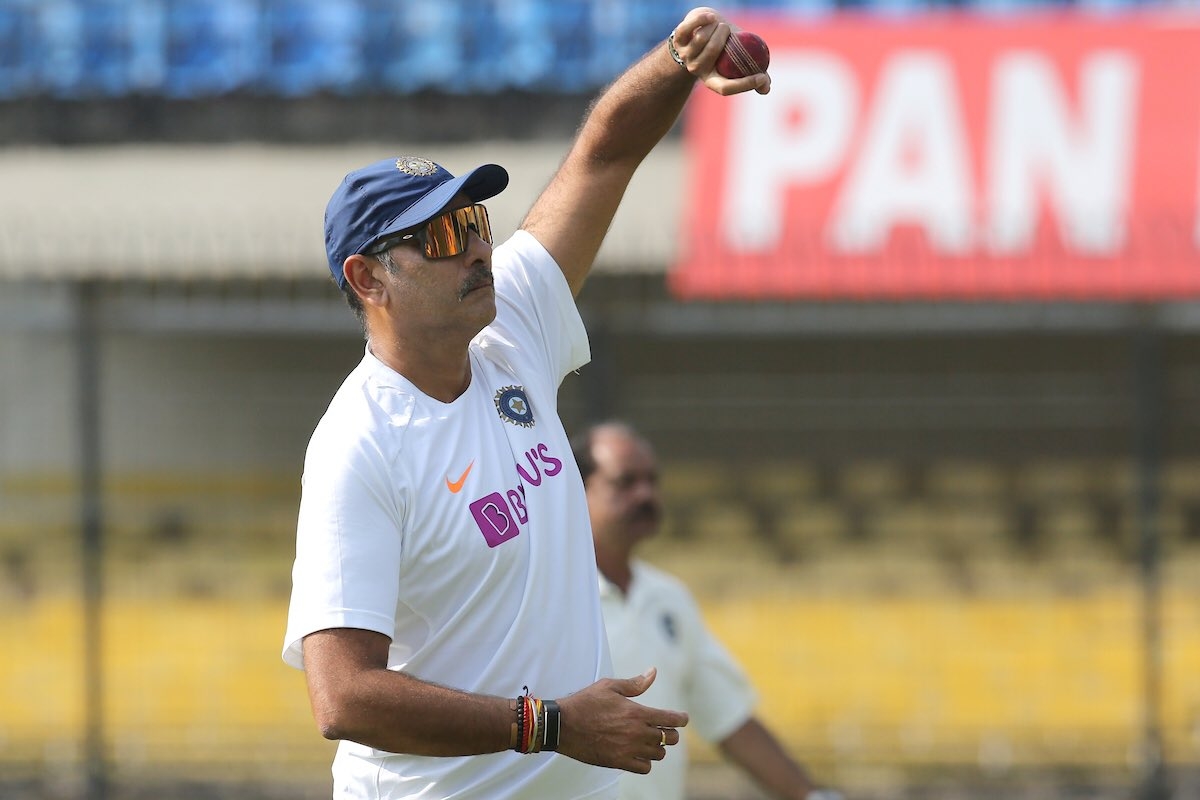 India had topped the group stages and were touted as firm favourites to qualify for the World Cup finals, until New Zealand’s opening burst left India’s vaunted top order in utter shambles. K.L. Rahul, Rohit Sharma, and Virat Kohli were each dismissed for 1, and India was reeling. New Zealand rode that start to complete a massive win over the Indian juggernaut and qualify for their second successive World Cup final. In different circumstances, things could have gone very poorly for India after their exit in Manchester. Coach Ravi Shastri saw to it that the darkest timeline would not come to be, however.

Following the recent whitewash of Bangladesh, Shastri explained what he had done following the World Cup loss, why he believed in the team’s future, and his joy in seeing Sourav Ganguly named BCCI president.

“For me, the intensity shown by this team is fabulous. The way they have bounced back after those 15 minutes in Manchester. That was a bitter pill to swallow and hurt one and all. But then, the ferocity and intensity they have shown after that in the last three months is unbelievable. This is remarkable and that is why I say if you look back 5-6 years, this will have to be one of the most consistent Indian teams ever across all formats,” he said.

MS Dhoni has been on a break from cricket since the World Cup, and Shastri urges patience with regard to the former captain. Wait until the IPL, he says.

“It all depends on when he starts playing and how he is playing during the IPL. What are the other people doing with the wicket-keeping gloves or what is the form of those players as opposed to Dhoni’s form. The IPL becomes a massive tournament because that could be the last tournament after which more or less your 15 is decided.

“There might be one player who might be there or thereabouts in case of an injury or whatever. But your team I would say would be known after the IPL. What I would say is rather than speculating of who is where, wait for the IPL to get over and then you are in a position to take a call on who are the best 17 in the country,” he said.

Moving back to the recently-concluded Test in Kolkata, the match itself didn’t bring about a cheer as loud as the one produced when Shastri shook hands with Ganguly after the win. Shastri said he couldn’t have been happier about the appointment of a former captain as BCCI president, especially at this crossroads.

“I think it is fantastic. I was one of the first to congratulate him when he became the President because I was delighted that more important than anything a BCCI was back in place to put Indian cricket where it belongs both on and off the field. And I was even more delighted that a cricketer should be at the helm at this important phase of Indian cricket.

“And Sourav having been a fabulous player and captain and been around as an administrator, him becoming the President adds a lot of value,” he explained. 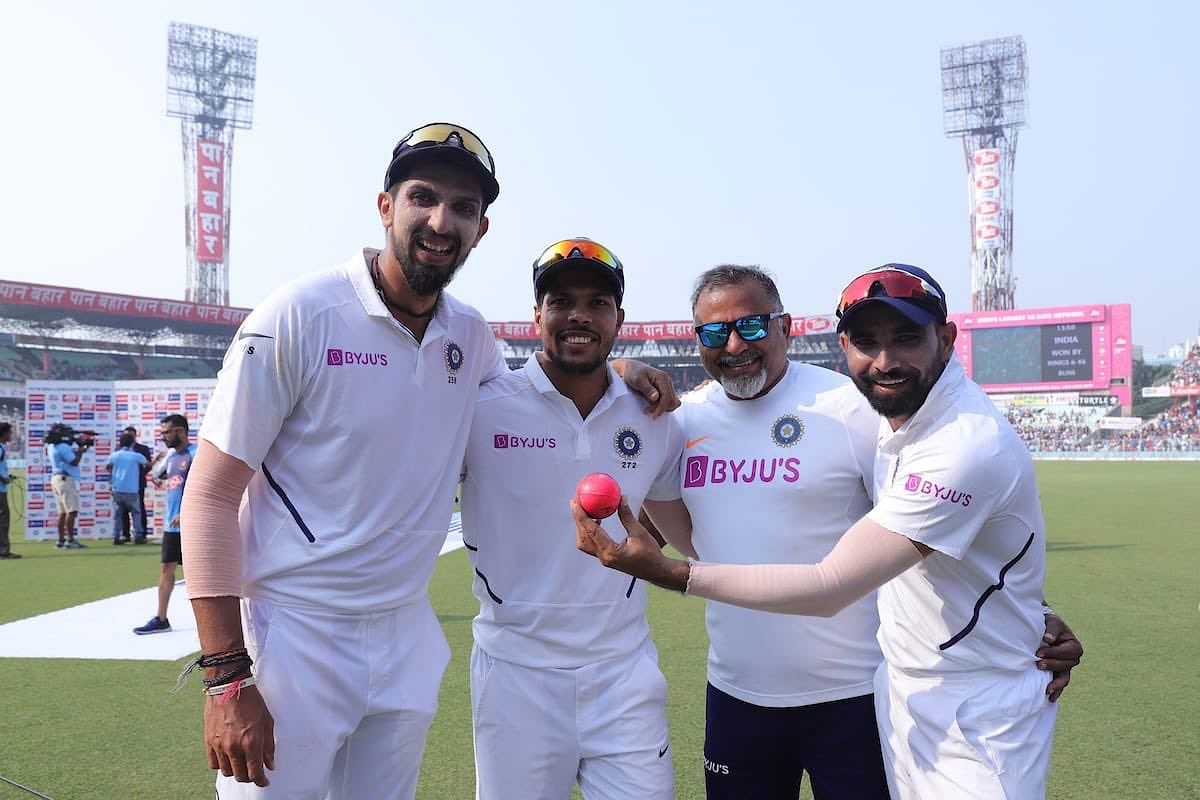 2019: the year of the Indian fast bowler

From a former captain to a young turk. Rishabh Pant is the hot topic in Indian cricket at present. While some love him, others like to pull him up, but for Shastri, there is a superstar in that lad who just needs to be given that cushion to settle down and feel at home.

So what does he tell Pant?

“Nothing. Just tell him that you are young and nobody expects you to learn everything in one day. You are bound to make mistakes, but as long as you sit down and thing about ways to rectify those mistakes, you know that is what this game will teach you. You are not going to be a superstar in one day. You will have your ups and your downs. That is life, but the more you work harder, the more the sacrifices you make, the better you will become,” he smiled.

How does this understanding come? Does it help that he was a broadcaster before becoming the coach? Did that experience help him get ready for the challenges that come with understanding the psyche of youngsters?

“I think that was a big help because I watched so much of cricket. To be honest, I haven’t missed a beat in 40 years. It started with playing for Mumbai in 1980 and since then I have not missed a single season as a player, broadcaster and now as a coach. Having watched the game so much and then adding the facets like being a player and then broadcaster, it has helped a lot. Covered cricket in all parts of the world and that is a huge advantage,” he acknowledged.

An opportunity to speak with the head coach just after the end of India’s maiden pink ball Test also means getting to understand how he saw it unfold. Will Day-Night Tests be the future? Shastri feels that while Ganguly and the Cricket Association of Bengal did a brilliant job, the ball will need just a bit more studying.

“Hats off to Sourav and CAB for putting up this show because they didn’t leave any stone unturned. The crowd responded magnificently and it really was a fabulous occasion. But when you talk of the cricket, it has its positives and negatives. How the pink ball can retain its shine, its texture will be the test in the future. The match has now given you the pluses and minuses.

“I feel the ball will take some time. It will take some time for the manufactures to get the right kind of ball so that people can see that ball in the night and how it gets affected once there is dew. In the twilight session the ball moved a lot and in the last session it just came onto the bat and it started losing its colour. How that can be changed and how the pink ball can maintain everything like the red ball will be the challenge,” he signed off. Harsha Bhogle had the perfect response to Sanjay Manjrekar, 14 years in advance