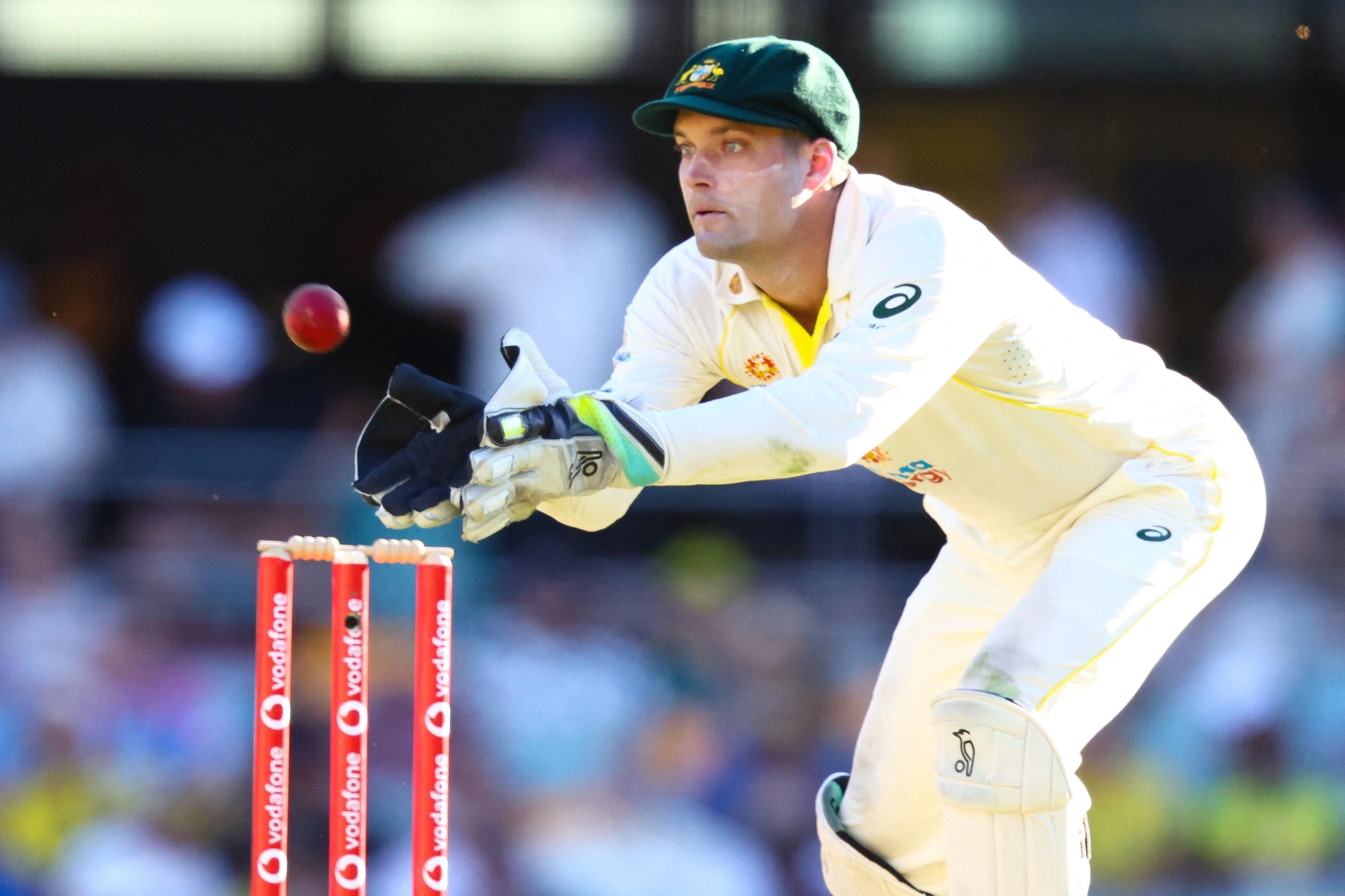 Australia wicketkeeper Alex Carey on Saturday created the record for taking most catches on Test debut.

Carey took a total of eight catches in the first Ashes Test against England here at the Gabba, Brisbane. As a result, he surpassed Rishabh Pant who had taken seven catches on his debut in the longest format.

Nathan Lyon, skipper Pat Cummins, David Warner, and Travis Head were the standout performers as Australia defeated England by nine wickets in the first Ashes Test here at the Gabba, Brisbane on Saturday.

Chasing 20, Alex Carey (9) and Marcus Harris (9*) made light work of the chase and the hosts registered victory in just 5.1 overs.