The Ashes: Australia 56-1 as showers make a frustrating Day 1 in Sydney 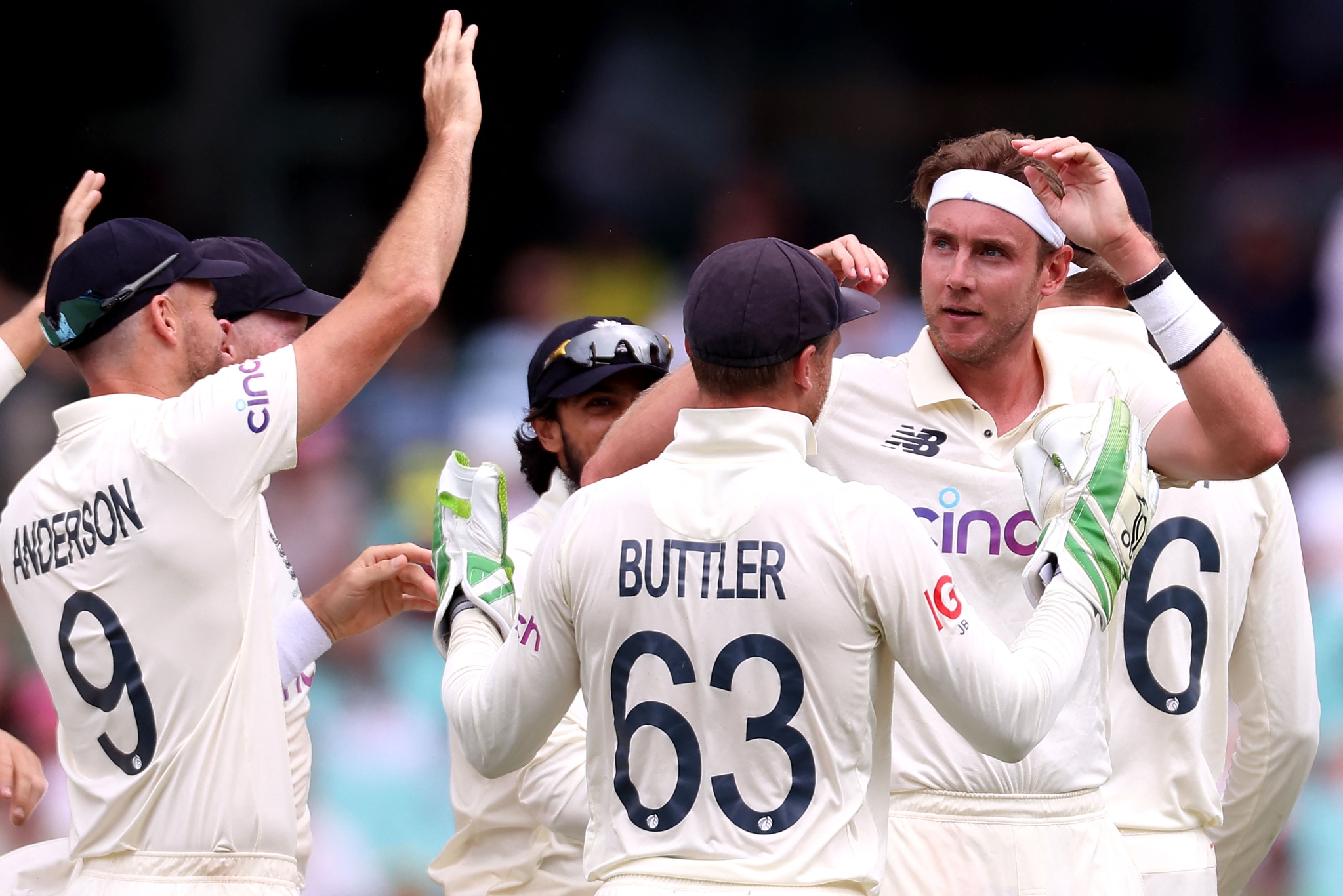 Sweeping showers made for a frustrating first day of the fourth Ashes Test with only 21 completed overs possible up to the tea interval Wednesday at the Sydney Cricket Ground.

Australia was 56-1 at the break, with Marcus Harris unbeaten on 14 and Marnus Labuschagne yet to score after captain Pat Cummins won the toss and elected to bat first on a green-tinged SCG pitch.

Harris and David Warner put on 50 for the first wicket before Stuart Broad made the breakthrough for England in the 21st over, teasing Warner onto the front foot and finding the edge which carried comfortably through to Zak Crawley at second slip.

Warner, who made 30 with six boundaries off his 72 balls, swiped his bat through the air in frustration at his dismissal and not capitalising after making another good start to an innings in this series.

It was the eighth time Broad (1-14) has captured Warner's wicket over the past seven Ashes Tests that the fast bowler has played in and went some way to vindicating his selection for this match given his underwhelming figures of 2-100 from the pink-ball second Test in Adelaide led to his omission from third test.

Labuschagne joined Harris at the crease, but four balls into the 22nd over showers swept back over the ground forcing the players from the field after only 9 overs of play in the middle session, much to the disappointment of the approximate 30,000 SCG crowd.

Both teams made one change from the third Test at Melbourne where Australia won by an innings and 14 runs to take a 3-0 series lead and retain the Ashes.

For Australia, Usman Khawaja replaced Travis Head, who was absent after testing positive for the coronavirus. Broad, with 527 wickets in 151 Tests, returned for England for the injured Ollie Robinson.

Scott Boland, who claimed an incredible six wickets for seven runs in the second innings in a man-of-the-match performance in his debut Test at Melbourne last week, retained his place in Australia's XI, with Josh Hazlewood yet to recover sufficiently from a side strain.

Rain periods are forecast for Sydney throughout the Test.