The Ashes 21-22: Fifer for skipper Cummins as England bundled out for 147 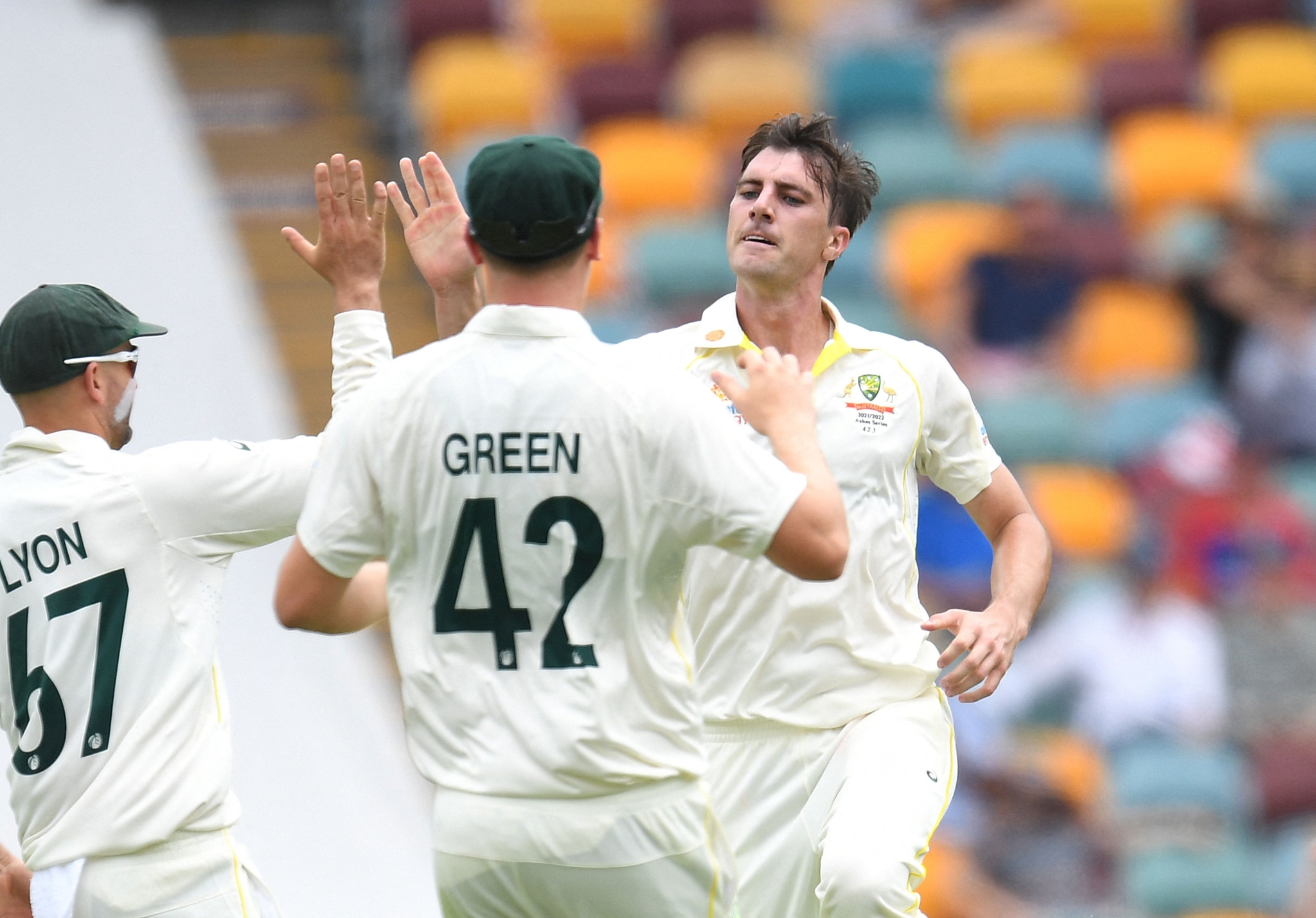 Pat Cummins and Mitchell Starc got among the wickets as Australia dominated the second session on Day 1 of the ongoing first Ashes Test at the Gabba in Brisbane on Wednesday.

England was bowled out for 147 with skipper Cummins taking five wickets.

Resuming the second session at 59/4, England was given a body blow straight away as Australia skipper Pat Cummins got the better of opening batter Haseeb Hameed (25) and this brought Jos Buttler to the middle. The right-handed Buttler played a counter-attacking knock, however, his 39-run knock finally came to an end in the 41st over after being dismissed by Mitchell Starc.

Soon after, the set batter Ollie Pope (35) also departed after top-edging a ball bowled by Cameron Green and England was reduced to 118/7 in the 44th over of the day. The Three Lions' innings went further into a slump after Ollie Robinson (0) was sent back to the pavilion by Pat Cummins.

Mark Wood (8) was sent back to the pavilion by Cummins and England was nine wickets down with less than 150 runs on the board. In the end, the visitors were bowled out for 147.

Earlier, Mitchell Starc, Josh Hazlewood and Pat Cummins got among the wickets as England was left reeling on Day 1. At the lunch break, England's score was 59/4. A total of 26 overs were bowled in the opening session of the first Test.