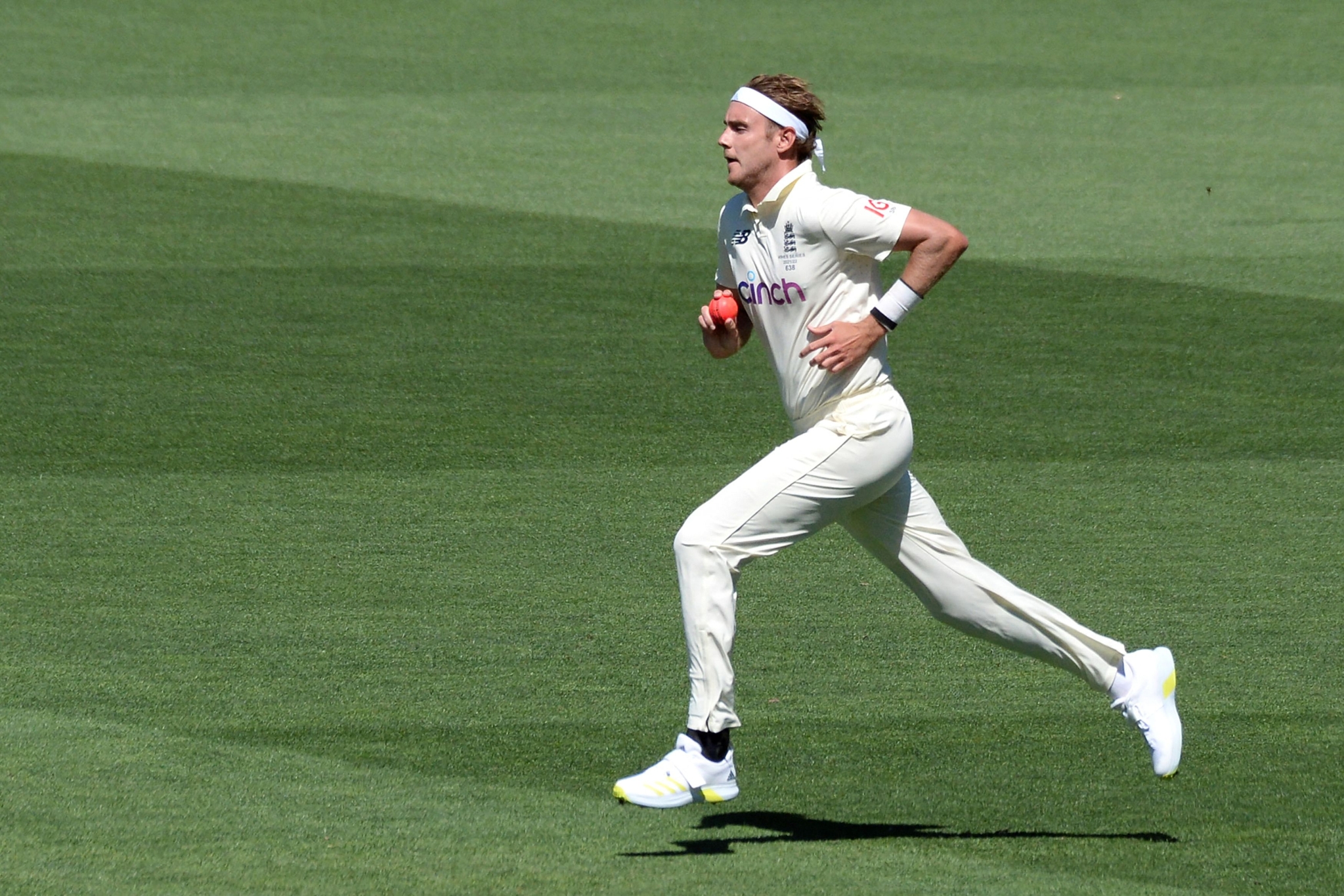 Steve Smith returned to the Australian captaincy as an emergency replacement for Pat Cummins and made the call to bat first in the second Ashes Test against England.

Jimmy Anderson ando Stuart Broad returned to the England bowling attack and applied more pressure on the Australian batters in the first session of the day-night test at the Adelaide Oval than they'd faced in the entire series opener at the Gabba last week.

David Warner withstood all the pressure from England's pace veterans and had a couple more reprieves as he helped Australia reach 45 for 1 at the first interval. Warner was 20 not out from 72 balls and Marnus Labuschagne was 16 from 54 balls.

Broad took the only wicket of the session to mark the start of his 150th Test match. After he and Anderson missed the Gabba match, the pair opened with the new ball and didn't concede a run until the end of the third over.

Opener Marcus Harris (3) had a reprieve when he had an lbw decision against Broad overturned in the sixth over. There was no disputing the decision in Broad's next over, when Harris chased a ball angling down leg side and wicketkeeper Jos Buttler took a superb one-handed catch, diving at full stretch to his right.

Warner was on 1 from 28 balls when he got the benefit of the doubt in the eighth over when the TV umpire had no conclusive evidence to overturn a not-out decision after an England review.

He survived and, despite taking longer than any of his previous test innings to reach double figures, he remained not out at the break.

There was plenty of pre-match drama on Thursday, with Cricket Australia revealing only three hours before the coin toss that Cummins was ruled out because he was exposed to a person with COVID-19 while dining at an Adelaide restaurant on Wednesday night.

He was deemed a close contact by the state's health authorities and ordered to isolate for seven days. Cummins has already returned a negative test for COVID-19.

"Gutted to miss this test but really excited to see Neser finally get his chance in the baggy green," Cummins said in a Twitter post.

"He has done the hard yards and is a seriously skillful player." Smith was returned to the top job for the first time in 2018, making him the third captain in three consecutive tests for Australia.

Tim Paine, who replaced Smith as test captain after the infamous "Sandpapergate" scandal in South Africa, quit last month after reports emerged that he'd been investigated four years ago for sending an inappropriate text to a work colleague.

Paceman Cummins was selected to lead Australia in the Ashes and made his captaincy debut last week at the Gabba, where Australia won by nine wickets.

Now Smith is back.

"It's a huge honour," Smith said after the toss.

"It's been pretty interesting morning."

The message from Cummins for the day-nighter, Smith said, was: "Good luck. Go for it. It's your team this week. Keep moving forward."

Cummins' late omission and Josh Hazlewood's side strain meant there was two changes to the Australian bowling attack, with Jhye Richardson replacing Hazlewood and 31-year-old Michael Neser getting a late call up to make his Test debut.