The Ashes 21-22: Australia’s Mitchell Starc likely to be ready for Boxing Day Test against England 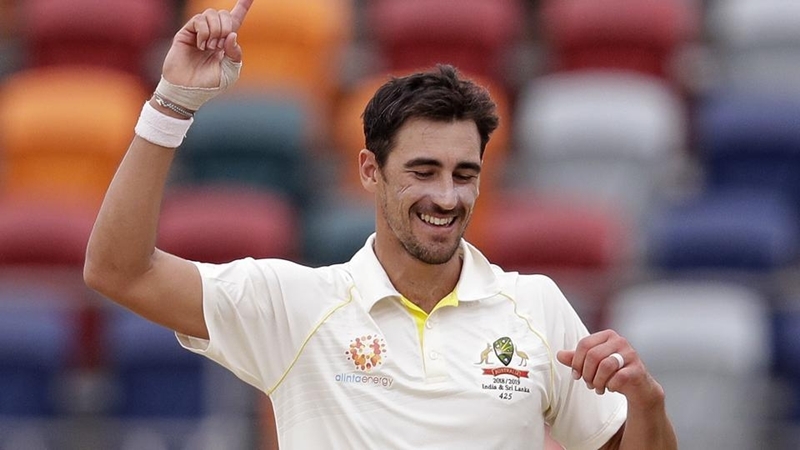 Australian head coach Justin Langer on Thursday hinted that Mitchell Starc will play the Boxing Day Test against England which gets underway from Sunday.

Australia are 2-0 up in the ongoing Ashes after winning the second Test at the Adelaide Oval and will meet England in the Melbourne Game on Sunday.

Starc suffered discomfort while batting in the second Test against England when he attempted a slog sweep that put some pressure on his ribs.

“It’s just (Starc’s) rib actually. A lot of the bowlers talk about when they come back to Test cricket, bowl more overs, they jam down on that rib area so he should be fine. He’s tough,” ESPNcricinfo quoted Langer as saying.

“If he’s not right, then we’ll look at it. But at this stage, there's no indication suggesting he won't be playing the next Test,” he added.

Langer, however, was unsure about pacer Josh Hazelwood’s inclusion for the third Ashes Test in Melbourne.

“We will wait and see how Josh Hazlewood pulls up, he arrives this afternoon,” said Langer.

Josh Hazlewood was ruled out of the second Ashes Test but the pacer was named in Australia's squad for the third Test along with skipper Pat Cummins.