The Ashes 21-22: Australia's Josh Hazlewood ruled out of 2nd Test with side strain 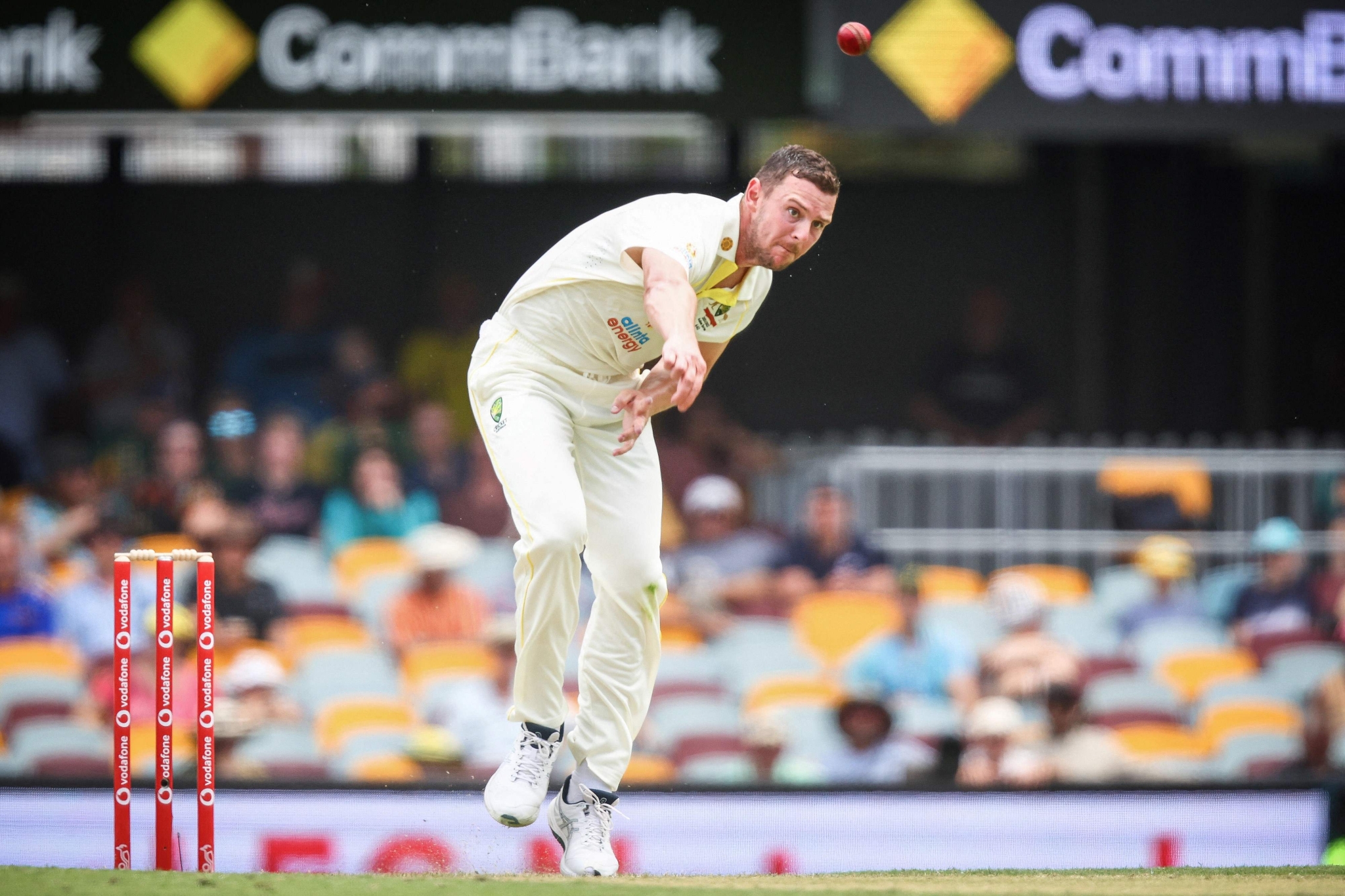 Pace bowler Josh Hazlewood has been ruled out of the second Ashes cricket Test because of a side strain he sustained in Australia's nine-wicket win over England in the series-opening match.

Hazlewood picked up the key wickets of Dawid Malan and Joe Root within his first three overs in the first Test at the Gabba as England slumped to 11-3 before finally being bowled out for 147. But he bowled just 14 overs in the second innings, and picked up a wicket on Saturday after a prolonged rest.

Hazlewood flew home to Sydney on Sunday for further assessment, and the rest of the Australian squad was travelling to Adelaide on Monday. The second Test, a day-nighter, starts Thursday.

Jhye Richardson and Michael Neser, who played a tour game for Australia A against the England Lions last week, are in Australia's squad as pace cover.

Hazlewood’s absence will be a big loss for Australia in the day-night environment. His 32 wickets in seven day-night tests are second only to Starc in pink-ball matches.

After the first test finished Saturday, Cummins said Hazlewood's injury is “nothing too serious”.

“It wasn't scary enough to not bowl today. It was good he came out today and was able to bowl and get through a really good spell.”

Hazlewood is still in the selection mix for the third test starting Dec. 26.