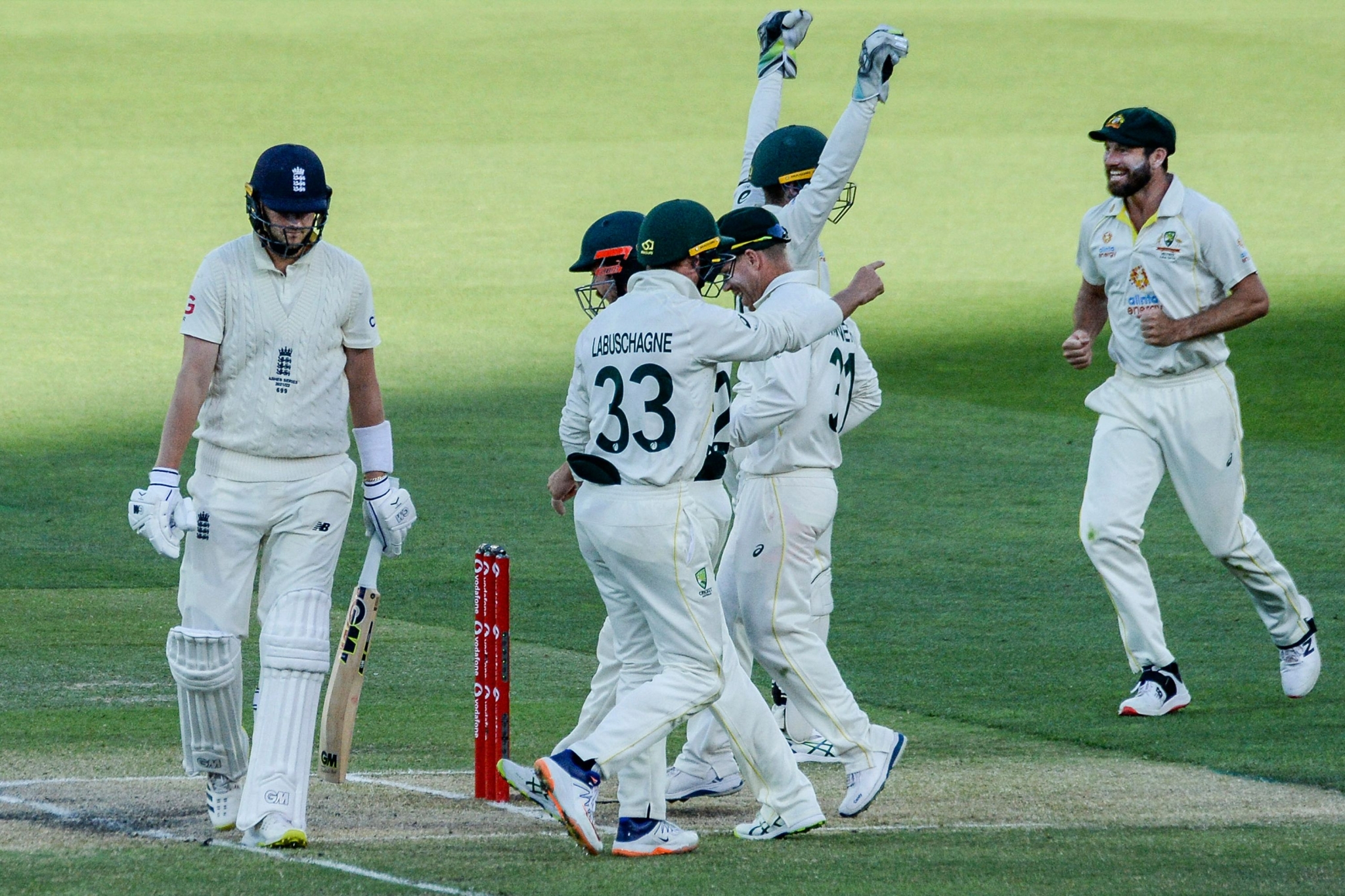 Jhye Richardson scalped five wickets in the second innings as Australia defeated England by 275 runs in the second Ashes Test at the Adelaide Oval on Monday.

With this win, Australia has gained a 2-0 lead in the five-match series. The Boxing Day Test will begin on December 26 at the Melbourne Cricket Ground (MCG).

Resuming the final session on Day 5 at 180/8, England was given a body blow almost immediately as Jhye Richardson dismissed Jos Buttler (26). The Three Lions' wicketkeeper's 207-ball stay came to an unfortunate end as he was hit wicket.

The final wicket of James Anderson (2) was taken by Richardson and Australia registered an emphatic win in the second Test.

Earlier, at tea on Day 5, England's score read 180/8 with the visitors still needing 288 more runs to win. In the second session on Monday, Australia picked two wickets to move closer to victory. Chris Woakes was dismissed by Jhye Richardson while Ollie Robinson was removed at the cusp of the Tea.

In the first session, England lost the wicket of Ben Stokes and Ollie Pope but Chris Woakes and Jos Buttler fought for England's survival as the visitors reached the dinner break.

Resuming Day Five, England got off to a bad start that only worsened with time before Buttler and Woakes fought back. On Sunday, Travis Head, Marnus Labuschagne, and Jhye Richardson were the standout performers as Australia gained full control on the second Test.