Thank you, AB de Villiers: A look at some of the top IPL knocks by Mr. 360 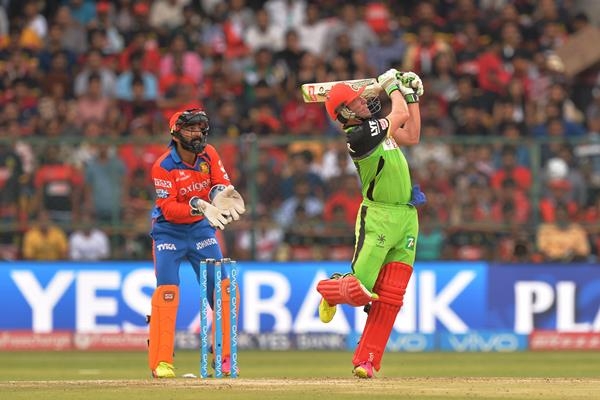 AB de Villiers announced his decision to retire from all forms of cricket on Friday via a post on Social Media. The 37-year-old last played in the UAE leg of the IPL 2021 for the Royal Challengers Bangalore. He had earlier retired from internationals in 2018.

Here is a look at some of his memorable knocks in the IPL.

133* vs MI, 2015: De Villiers walked out to bat in the fourth over with Lasith Malinga on a roll. It was a maiden over, with the Protea batter playing five of those. But from there, he went on a rampage and added a then-record 215 runs for the second wicket with Virat Kohli. It was broken by the same pair a year later. De Villiers smashed his third century in the IPL, highest score in T20 cricket. He finished 133 not out off just 59 balls – a strike rate of over 225 – but quite surprisingly hit just four sixes in the game at the Wankhede Stadium.

105* vs CSK, 2009: Those were the days of de Villiers playing for Delhi Daredevils. They had lost captain Gautam Gambhir for a first-ball duck and de Villiers was out in the middle on the very second ball. He played steadily for almost three-fourths of the innings before teeing off. De Villiers brought up his half century off 35 balls and the next fifty runs came off just 17 balls, thanks to a drop by Albie Morkel.

79* vs GL, 2016: Chasing 159 in Qualifier 1, RCB were reeling at five for 31 after the powerplay with all of Chris Gayle, Virat Kohli, Shane Watson and KL Rahul back in the hut. De Villiers held one end up and saw the side lose the sixth wicket with the score on 68. However, in company of Iqbal Abdulla, de Villiers added an unbeaten 91 for the seventh wicket and ensured RCB reach the final. “I honestly don't give a rat's… damn about any stat. I don't care about hundreds, fifties, averages. Tonight was special for me,” he would say after that match.

73* vs KKR, 2020: It is almost known by then that de Villiers is a superhuman. It wasn’t easy to get the spinners away on a slowish Sharjah surface. But de Villiers, walking in the 13th over with RCB on two for 94, brought along a separate pitch for him. He hit the KKR bowlers over the ropes six times and batted them out of the game. He finished unbeaten on 73 off just 33 balls, smashing the likes of Pat Cummins and Andre Russell to various parts of the ground.