Tale of two concussion substitutes: Why Taijul Islam can bowl and Mehidy can't

22-year-old off spinner Mehidy Hasan replaced Das as the concussion substitue and added 8 runs before falling to Ishant Sharma in the final ball of the 28th over.
FPJ Web Desk 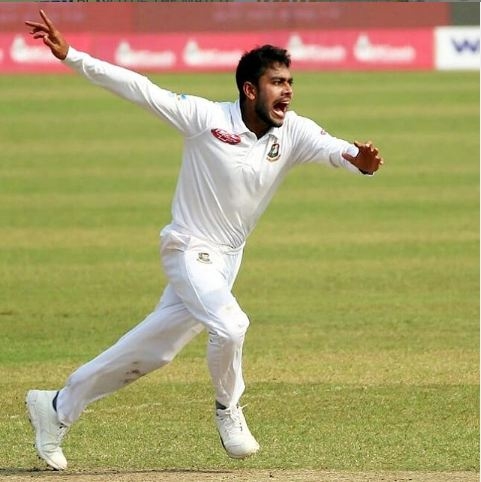 Bangladesh were forced into not one, but two concussion subtitutions on day 1 of the 2nd Test at Eden Gardens. Mehidy Hasan and Taijul Islam were brought in for Liton Das and Nayeem Hasan respectively.

Both of these players were hit on the helmet by Indian speedster Mohammed Shami during Bangladesh's first innings, which was wrapped up for in 30.3 overs. In the 21st over Shami bounced the ball up short against Das, and when the latter tried to pull it towards leg-side, he missed it entirely, and the ball hit him square on the helmet.

Das soldiered on and scored two more boundaries, but midway through the next over, he was unable to carry on. He called for the physio as his head began to hurt. With that break, the umpires called the end of the first session and Das was taken to a hospital in the city to do some CT scans.

22-year-old off-spinner Mehidy Hasan replaced Das as the concussion substitute and added 8 runs before falling to Ishant Sharma off the final ball of the 28th over.

Bangladesh won't be able to use Mehidy as a bowler against India as Article 12.8.1 of the ICC rules states that the ICC match referee, in assessing whether the replacement player should be considered a like-for-like player, should consider the likely role the concussed player would have played during the match.

Since Das was a wicket-keeper/batsman, his replacement Mehidy would only be allowed to bat for Bangladesh, as Liton Das was unlikely to have been used as a bowler at any point.

On the other hand, however, Taijul Islam was allowed to bowl as he came on for Nayeem Hasan - who is a right-arm off-spinner. Taijul performs a similar role for the team. Taijul bowled eight overs yesterday but was unable to pick up any wickets.