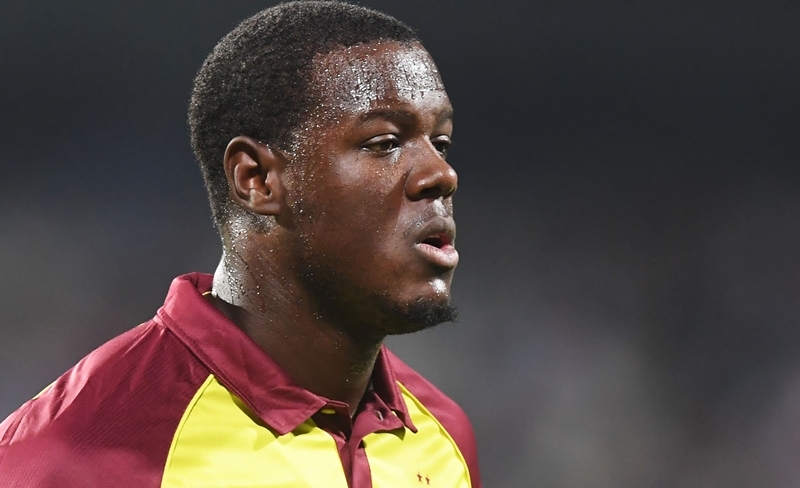 West Indies all-rounder Carlos Brathwaite feels taking a knee is not enough in the fight against racism as according to him, a change in mindset is needed across the world.

The 'Black Lives Matter' movement has been raging around the globe following the death of African-American George Floyd at the hands of a Minneapolis police personnel in US in May.

Brathwaite believes 'legislative' changes are the need of the hour as according to him, taking a knee seems to be just papering over the crack.

"Taking a knee in isolation or wearing a badge in isolation is not enough, it is the reprogramming and reconfiguring of the mindset. For me it's just cosmetic - that may ruffle a few feathers," Brathwaite said on BBC's Stumped programme.

"The biggest change needs to be legislative and needs to be the reprogramming of the wider society.

"Why is it that we go on a plane and see someone with a massive beard and we think, terrorist? When we see a black guy in the supermarket we automatically think he will shoplift, and as a result have the guards trail him?

Meanwhile, the England and West Indies cricketers will will wear a Black Lives Matter logo on their playing shirts when they face West Indies in the #raisethebat three-match Test Series, starting July 8.

The decision was taken by the England and Wales Cricket Board, fully supported by the England players led by Test captain Joe Root and stand-in captain for the first Test Ben Stokes.

In a mark of solidarity, the team will join the West Indies and carry an identical logo on their playing shirts. The 'Black Lives Matter' emblem was designed by Alisha Hosannah, the partner of Troy Deeney, professional footballer and captain of Premier League side Watford Football Club.